The first thing to say is it includes the entirety of the game's Starter Pack: the 'Disney Infinity 2.0' game itself, a 'Disney Infinity' 2.0 Edition base, the Iron Man, Black Widow and Thor figures, the Marvel's Avengers Play Set and two Toy Box Game Discs.

As part of the rest of the Collector's Edition, players get three more Avenger's figures: Captain America, Hawkeye and, before wide-release, the Hulk. On top of that comes a collectable stand to show off your figurines outside of the game, with an attacking enemy bursting from the base. 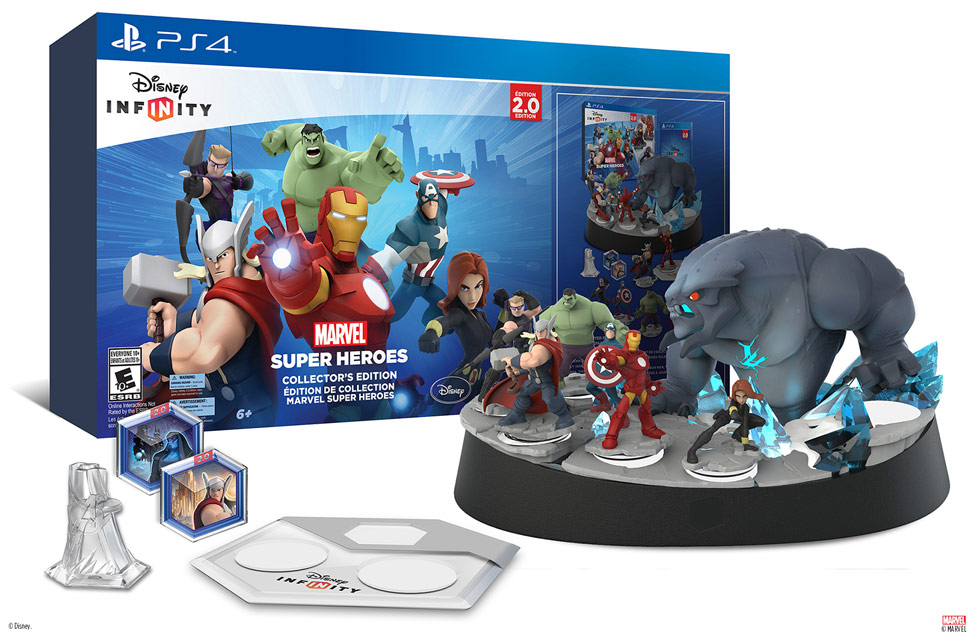 Finally, for pre-ordering any version of the game, you'll recieve a code for an additional free Disney Infinity figurine of your choice, playable in Disney Infinity 2.0. The whole shebang comes out on Sept. 23 for Xbox One, PS4, PS3, Xbox 360, Wii U, iOS and PC.