Disney just keeps the Comic-Con news rolling with more on the upcoming 'Disney Infinity: Marvel Super Heroes.' Today it's three villains, each with their own figurines, playable in-game, that invade the play sets of the Avengers, Spider-Man and Guardians of the Galaxy.

The ever-popular Loki goes up against the Avengers. The Green Goblin, a little hulked out, takes on Spider-Man and Ronan the Accuser continues to educate the world on what makes the Guardians of the Galaxy film-worthy.

Disney also revealed a little pre-order bonus for the game's starter pack, granting anyone a free figure alongside their puchase, or a $15 credit if they aren't sure which one they want just yet. 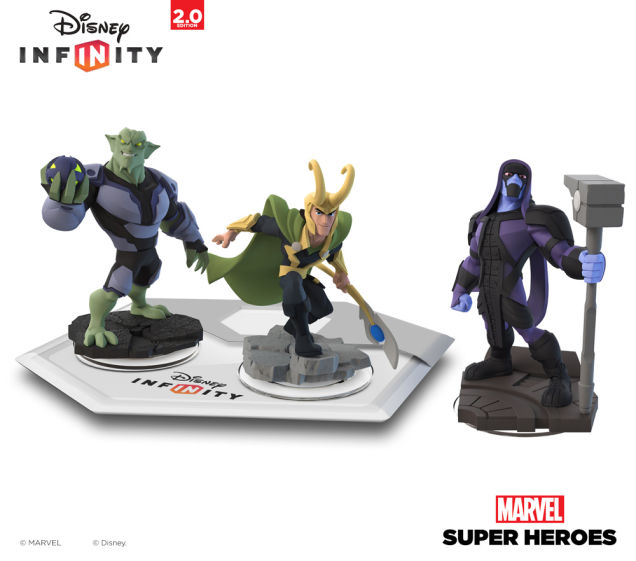