Activision unleashed the details for the third 'Call of Duty: Ghosts' DLC pack, entitled 'Invasion,' which goes live June 3 with four new(ish) maps and a new chapter for the game's Extinction mode, exclusive to the Xbox One and Xbox 360.

What are described as "small to medium," the maps each come with a unique killstreak, coinciding with whatever exotic locale it represents. Notably, 'Invasion' sees the return of 'Favella' from 'Call of Duty: Modern Warfare 2.' The launch trailer shows off a bit of gameplay.

The third chapter of the Extinction game mode, which sees up to four players cooperatvively battle through hordes of aliens, features new weapons and gadgets as they venture into a subterranean fortress, secrets and such hidden within. Below you'll find the official descriptions for the new maps and the included kill streak, as well as a nifty accompanying screenshot. 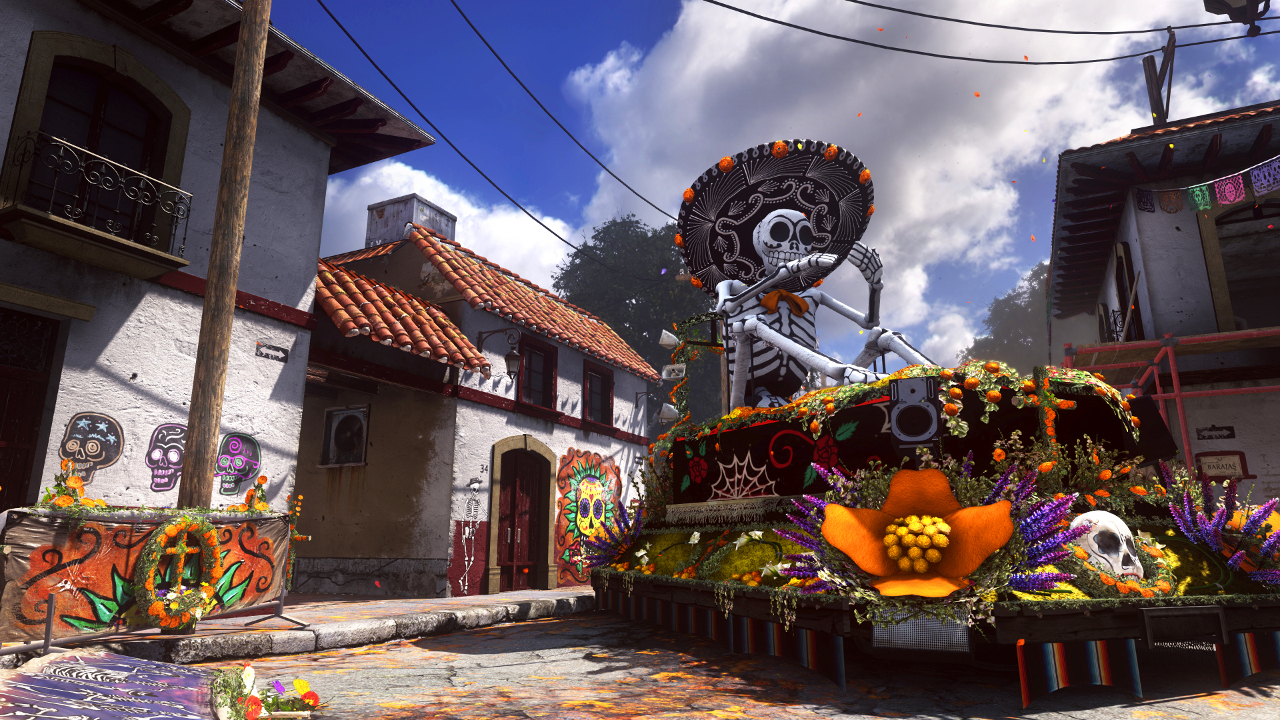 "Departed" is a medium-sized map set in a rural Mexican town during the Dia de los Muertos (Day of the Dead) celebration. The colorfully decorated streets, vendor carts and storefronts provide ample cover for run-and-gunners, and players that complete the map's unique Field Order will unlock the Death Mariachi killstreak. Armed with dual-wielding pistols, the Death Mariachi settles scores, with each kill turning enemy players into another member of the band, and a temporary squad mate." 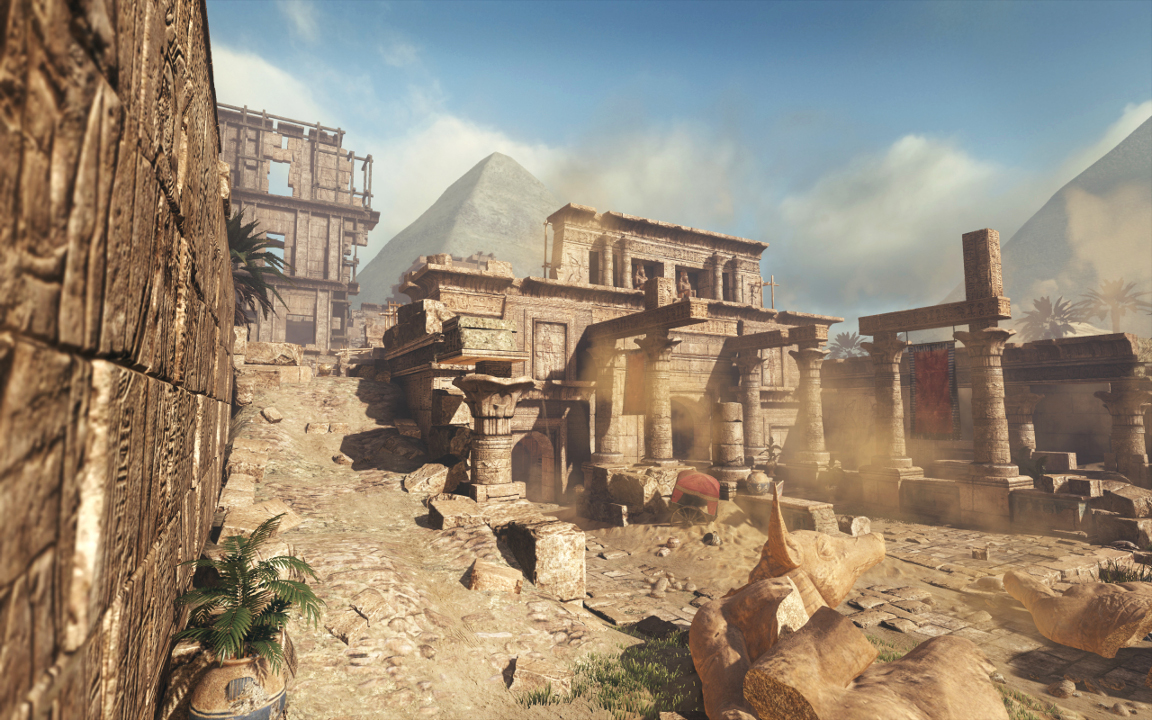 "Pharaoh" is the abandoned archeological site of an ancient Egyptian palace. Players will have to be on the lookout for collapsing monuments and urns full of flesh-eating scarabs, among other surprises in this multi-level map. Inside the palace, gamers will battle through multiple chambers ideal for close-quarters combat and short-range weapons, all under the watchful eye of Anubis, the half-jackal/half-human, protector of the dead, who will handsomely reward players who unlock this map's Field Order." 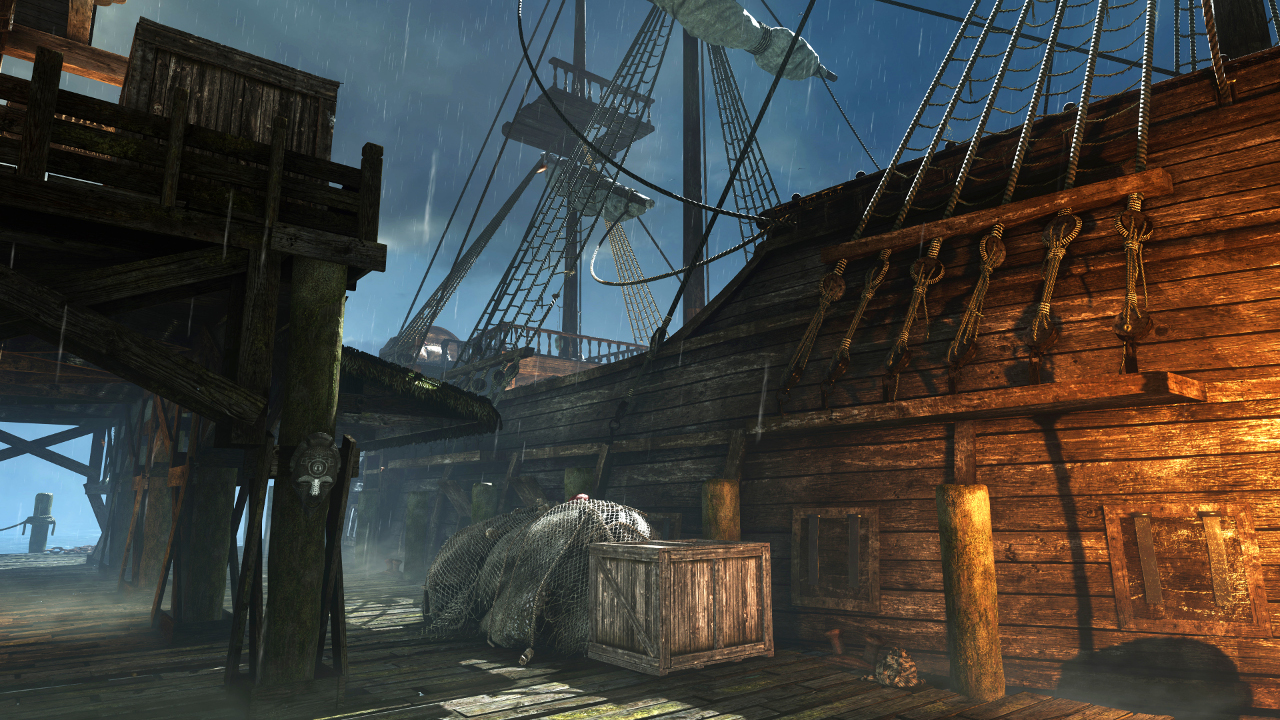 "Mutiny," transports players to a remote Caribbean island harboring an eerie pirate hideout complete with abandoned trading posts and prison cells. Speed and stealth are a must as players navigate the narrow and intertwining pathways. However, let ye be warned that gamers taking up positions on the pirate ship moored in the center of the map will become vulnerable to enemy fire from the numerous flanking routes created by the map's horseshoe shaped dock. Players that unlock "Mutiny's" Field Order will find themselves escorted by two ethereal ghost pirates, who will happily send enemy combatants down to Davey Jones' locker on their behalf." 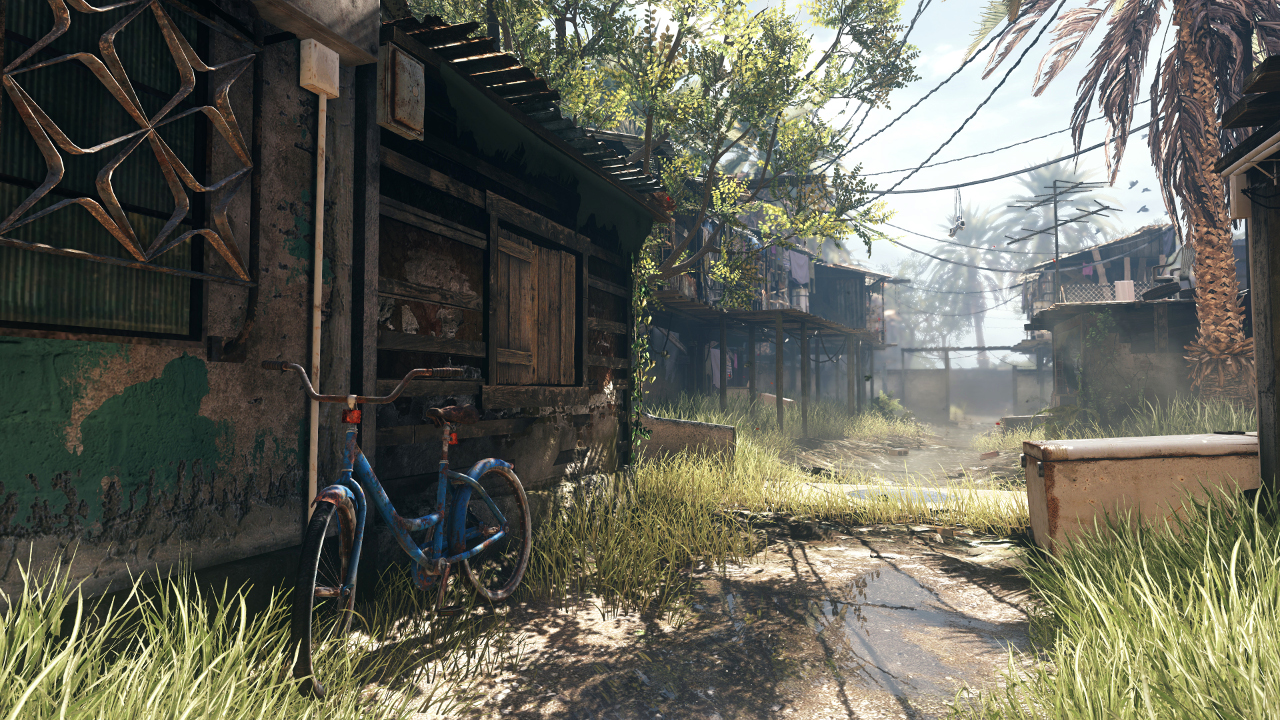 "Invasion's fourth multiplayer map is a refreshed version of the fan-favorite map from Call of Duty®: Modern Warfare® 2, "Favela." Since its original release, the Brazilian shantytown has seen substantial change. Buildings once under construction are now complete, while others have crumbled into a state of disrepair. Players must avoid falling to their death as they traverse the map from one building to the next, with ramshackle scaffolding creating varied pathways between structures, and enemy snipers taking advantage of the long sightlines. Players who complete the Field Order in "Favela" will be able to call in heavy air support from a nearby Y-8 Gunship to bring the rain with a 105mm cannon, a 40mm auto-cannon and a 25mm cannon."