Once again foiled by the ratings board.

If there is any constant in this crazy gaming world of ours is that company PR can be hit or miss, but ratings boards rarely lie. To wit, Brazil's ratings board has given us the second inkling that 'Bioshock' is headed to current gen.

The first signs came last year, when a South African retailer briefly had a pre-order available for the collection, to be released in November of 2015. It never came to fruition, and pre-orders CAN be wrong, so everybody went back to their business. Now, however, we have a classiifcation page from Brazil showing an item called 'Bioshock: The Collection' as being submitted from the U.S. for use on PS4, PS3, Xbox One, Xbox 360, and PC. 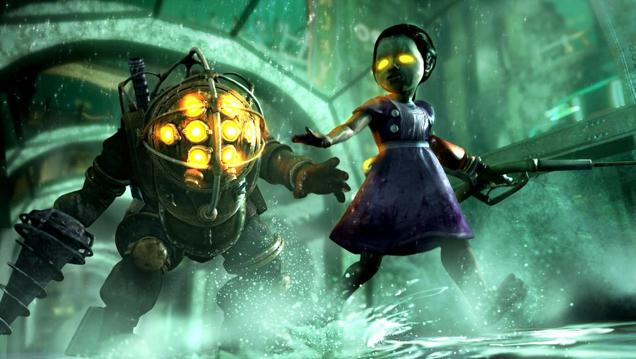 While certainly this won't be as huge a deal for PS3/360 players--they're likely to get a package with all three 'Bioshock' titles plus the DLC and nothing else--the current-gen systems are another story. The big question would be how this all goes down on Xbox One, where Microsoft has confirmed that all three titles are well on their way to being prepped for the backward compatibility program. Are these going to be simple high-res ports a la Dishonored, or full blown remasters? Clearly, a big announcement can be expected sooner than later.