A return to normal volume this week for disc releases. I will buy the ones that most interest me of course, but in a month there are a ton of good titles coming so I am going to be a little more selective in what I actually buy to maintain an appearance I am trying to be making the right choices financially, ha ha ha. Welcome to Episode 49 of our weekly guide to releases for the week, as well as a look at the highlights of what was announced (last week) for upcoming titles.

Dirty Dancing, the surprise smash hit from the Vestron Video days leads off as a Best Buy Exclusive SteelBook. There is no standard release as of yet, best guess would be a couple of months. Watch the back story of how this movie was rejected by every studio except Vestron on the Netflix series The Movies That Made Us. A lot of smash hit movies had the same sort of beginning.

Next from Arrow Video, look for Donnie Darko in the familiar 'fat-pack' release format. When I had bought the Blu-ray release I thought it would never see 4K but I'm kind of glad it did. I almost expect a last minute delay but we shall see. 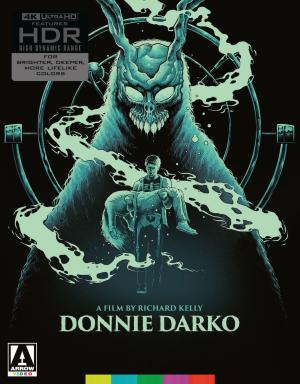 Closing out the 4K category this week, Kino Lorber brings us one of Sergio Leone's finest Westerns, The Good, The Bad and The Ugly. Extensive work was done to bring us this release so kudos goes to team Kino. This one does not feature HDR, but it is the best this film has ever looked. 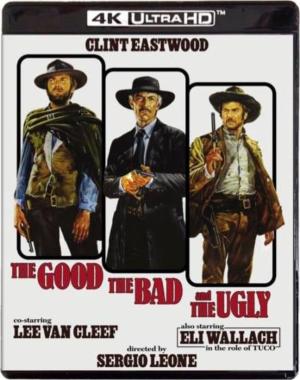 Compared to last week, this week is huge as far as Blu-ray releases.

Maybe not a brand new release, but Elvira: Mistress of the Dark gets a spiffy looking SteelBook release this week. 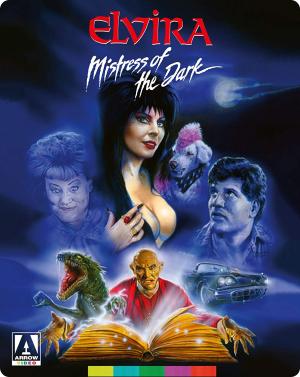 Arrow Video's other Blu-ray this week is a release titled Switchblade Sisters.

Anime releases have been sporadic the past month or two. This week though there are a couple to ponder.  HERO MASK Seasons 1 & 2 for starters. Discotek's releases this week are pretty much Japanese only (no dubs) but if that interests you, go for it. Their only English dubbed release this week is s-CRY-ed - The Complete TV Series.

Just like last week, Criterion Collection is gaining two (non-4K) entries this week. Irma Vep is the first one, and French film Masculin Féminin being the second one.

LionsGate's obligatory weekly entry this week is titled Vanquish, an action/crime/thriller starring Ruby Rose and Morgan Freeman. And speaking of Morgan Freeman, it looks like Shawshank Redemption might finally be getting a 4K disc this year. 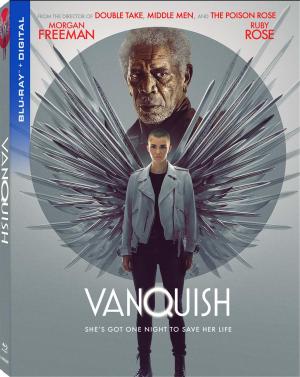 Shout Factory has also added State and Main and House of Wax (2005) to their July title mix.

TV on Blu-ray is good. A couple of years ago CBS decided it was going to release the original MacGyver and the original Charmed TV series on blu-ray. Out came season 1, then season 2 for Charmed, and now for this coming May, Charmed gets Season 3 released. Did they forget MacGyver?

LionsGate has announced the 2018 Bio/Crime/Drama City of Lies will be available for purchase on Blu-ray and DVD on June 8th. Also a 2019 film titled Siberia (not the Keanu Reeves film) will be available on June 22nd.

One last side note -- those curious about what's going on with blu-ray.com, if you visit their Facebook page or try going directly to their forum (forum.blu-ray.com), they indicate there was a drive failure, among other things. We take pride in HighDefDigest and never wish an ill will of other sites. I find their site useful on several avenues so I am a bit anxious too to see the outage going so long.

Which titles are you buying this week? Which ones are on your wishlist, be it to buy as an impulse buy or to wait for the right price? All the 4Ks this week interest me. I preordered Dirty Dancing and Donnie Darko, will most likely get The Good, The Bad and The Ugly soon. I will probably finally break down and get the Elvira movie thanks to the new cover art SteelBook. Wishlist? Hero Mask Season 1 & 2, Nomadland, s-CRY-ed The TV Series, Vanquish and the Saint Seiya Collection. I really with the Saint Seiya had an English dub, I have the DVDs of Knights of the Zodiac tucked away somewhere.