From here on forward til the holidays, each week becomes more dangerous to your bank account if you're buying 4K discs. But at least, thus far, many of them have been produced at a very high quality, so enjoy!

Welcome to Volume 2 Episode 16 of our weekly release guide. A look at the highlights of what's coming to disc this week, as well as a look at announcements from last week.

There are TEN SKUs to look at this week, but fortunately there are not TEN movies beckoning you.

Next, John Carpenter's horror classic The Thing. This one is available as a standard release and as a Best Buy Exclusive SteelBook. The cover art of the SteelBook appears to be a new creation. At least it's not an overly yellow or red blob, or Pop Art or something! 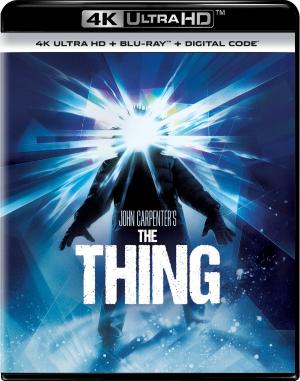 We knew this next one was inevitable but how it is broken up this time has me wondering. Paramount Home Entertainment is bringing us Star Trek: The Original 4 Movie Collection. Why 1-4 instead of 1-6, I don't know. The first four are my favorite originals any way so it's a great start! (Shameless plug in case they're reading: Deep Space Nine in HD yet fellas??) 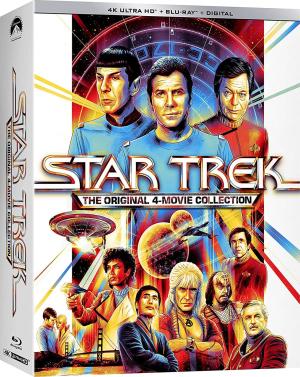 Some of you may say I have saved the best for last. I'm of course referring to Zack Snyder's Justice League. It was a bit hairy at first with overseas markets getting this one and nothing to be heard from the U.S. offices. The common theme again surfaces here, available as a standard release and as a Best Buy Exclusive SteelBook. But apparently the Best Buy SteelBook option is no longer available - so keep your eyes open at your local stores.

Also being offered is Zack Snyder's Justice League Trilogy, which comes in a slipbox package and includes a little bit of swag. 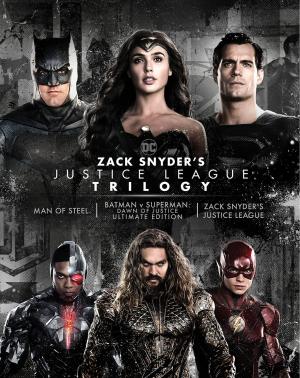 Like we do every week, getting the blu-ray counterparts out of the way first. Zack Snyder's Justice League is the only actual one that fits the bill.

As far as Star Trek, each title does get a new blu-ray release this week, but it is not clear if they're the same discs or if they were made from the new masters used to make the 4K discs.

Universal's MOD label (similar to Warner Archive) is releasing American Pie Presents: Girls' Rules, Because of Him, Can't Help Singing, For the Love of Mary, Something in the Wind, State of the Union and The Woody Woodpecker: Screwball Collection. Also from Universal's general label, 2020's You Should Have Left. 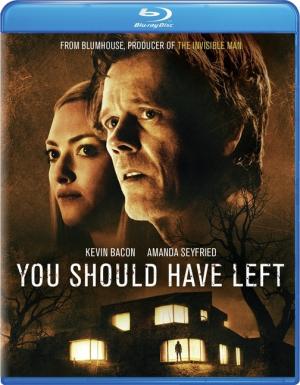 LionsGate brings us a crime/thriller The Gateway (2021). 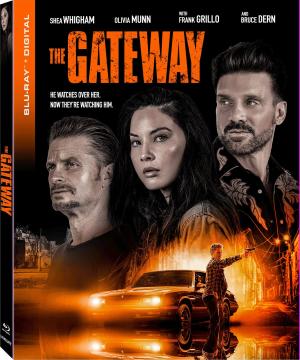 Although it was a bomb when it came out, it has gained some following. Lawnmower Man 2: Beyond Cyberspace gets a regular release this week. Previously it was a Ronin Flix shop exclusive.

Film Detective releases A Life at Stake this week. Film Noir fans might know this one. The director and at least one star should be familiar to you.

Honorable Mention: Vincent Price is on the docket again this week. Kino Lorber offers us Theater of Blood and The Tomb of Ligeia.

Criterion Collection has revealed another 4K title, this one is Adam Sandler's recent drama Uncut Gems. As to why LionsGate seems to miss out on 4K disc opportunities, who knows, but Criterion should do a bang up job.

Warner Bros. will be releasing Middle Earth 6-Film Ultimate Collector's Edition on October 26th. The set is truly a nice looking set, but many people were not expecting this when we bought our existing sets. Is this enough for you to double-dip?

LionsGate Home Entertainment has announced 2021's The Green Knight will be released on 4K disc and blu-ray on October 12th. UGH, what an overly RED cover art.

Paramount Presents spine number 27 will be Vanilla Sky, and will be available for purchase on November 16th.

Shout! Factory will be releasing Krampus in 4K on November 16th. This one is touted to be 'The Naughty Cut.'