Release announcements have been huge this month. We have added over 200 so far as of the 17th and there's two weeks left to the month! (An average month consists of around 225 titles added.) This is great news for physical media, let's just remember to buy the titles we have been waiting for to arrive on disc.

Welcome to Volume 2 Episode 9 of our weekly release guide.

This week's 4K list could break the bank, let's take a look.

Import Monday brings us two movie choices. First, Akira Kurosawa's 'final masterpiece' Ran. There is still hope that LionsGate or similar will do a 4K disc for this, send them a friendly email to [email protected] For imports though, you can opt for Zavvi or Amazon UK.

Next, an import from Arrow Video, Tony Scott's action/romance/thriller True Romance. If I had to guess why Arrow could not do a U.S. version, it is likely that the rights of this one are now under the Sony label. Sony might opt to do this one themselves. A few years ago the rights fell under Warner Bros. 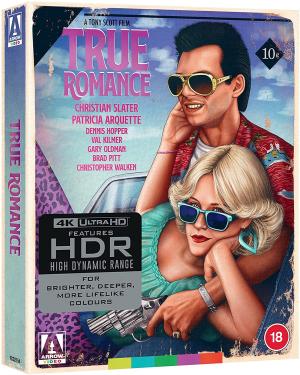 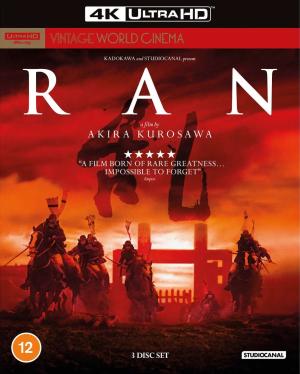 Moving on to Domestic Tuesday releases...

From independent Blue Underground, Dead and Buried gets a 4K disc release. There are three variant covers for this one, Variant A (Poster), Variant B (Burned), and Variant C (Needle).

Next, a tie-in to the upcoming movie, the original live-action G.I. Joe movies get a 4K release. If you didn't get these at your local Walmart two week ago at a crazy low price, we have the Amazon links for ya here, G.I. Joe: The Rise of Cobra and G.I. Joe: Retaliation.

The last entry this week comes as we all pretty much figured the Saw franchise was completely done, but they keep finding ways to bring them back. Spiral: From the Book of Saw comes as a standard edition and as a SteelBook edition. LionsGate lately has been including a slipcover on their SteelBooks, similar to how Mondo X SteelBooks come. 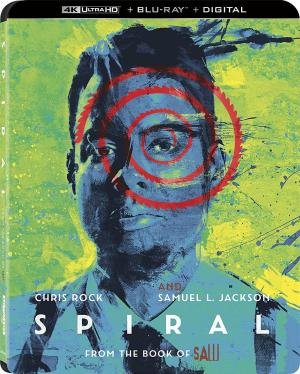 Getting to the blu-ray for Spiral: From the Book of Saw first, in case you have not opted for the 4K release. Additionally from LionsGate, whom has been absent from the release calendar the past couple of week, Die in a Gunfight, Initiation, The Walking Dead: The Complete Tenth Season and The Wraith (Vestron Video Collector's Series).

Eight Legged Freaks finally sees (blue) light of day, from Shout Factory. Maybe the other silly movie Evolution will follow? (Update--It looks like Evolution should be due from Paramount around November.) Little Big League gets a Shout Select release. 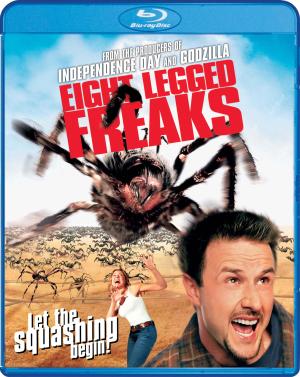 From Warner Archive, in the film-noir category, look for I Wouldn’t Be in Your Shoes! as well as Step By Step, also a film-noir feature film. Comedy/Musical Take Me Out to the Ball Game also streets this week from Warner Archive. Probably not what Frank Sinatra and Gene Kelly are best known for, but certainly worth a look.

If you've been waiting for the physical release of Star Trek: Discovery - Season Three, wait no more, but choose between a standard release or a SteelBook release. 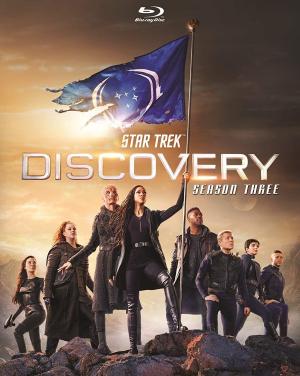 This week's Criterion Collection release is La piscine, I will not even pretend to know what this one is, but I'm sure Criterion knows what they're doing.

This week's anime category is a little limited (again) but there are a lot of titles coming. Highlights this week are Listeners - The Complete Season, RahXephon - Complete Collection (SteelBook) and Uzaki-Chan Wants to Hang Out! The Complete Season available as a standard edition and as a limited edition. 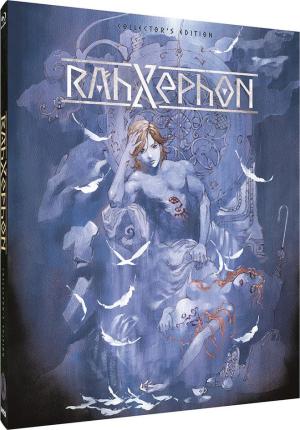 In the special interest/honorable mention, The Go-Go Boys: The Inside Story Of Cannon Films sounds like an interesting disc.

Aussie Label Imprint Films releases their July titles this week on Tuesday, although listed as July 21st, Amazon U.S. shows a Friday street date. Keep in mind Amazon erroneously lists them as Region B playback only. You can "report incorrect information" to Amazon a dozen times, they never fix it. Titles include:

And for Friday releases, music and arts release (of course, right?)

Paramount's next Paramount Presents blu-ray title will be 1997's Breakdown starring Kurt Russell. This title is scheduled for release on September 21st and will be Spine number 26 among that label's releases. Under their standard label, Paramount is releasing a lot of catalog titles to blu-ray for the first time ever worldwide. Hats off to them and their media division for this! Recent additions to the list include Hardball, The Longest Yard, Blue Chips and Necessary Roughness. Combine all of this with the reissues of so many out of print Miramax titles and this studio is looking to make a huge impression with physical media.

It looks like F9: The Fast Saga will be released on September 21st as well. Official confirmation will be coming soon. This release will include a 4K standard edition, a Best Buy Exclusive 4K SteelBook, a Blu-ray and of course the entire series 1-9 in a 4K package and as a Blu-ray package.

As if September 21st wasn't already looking expensive enough, M. night Shyamalan's Unbreakable will be getting a 4K standard disc and 4K SteelBook release that day as well. Confirmation will be coming in the weeks to come, along with order links. This Disney/Fox release completes the trilogy.

Warner Bros will be releasing the third Conjuring movie, re-titled Conjuring 3: The Devil Made Me Do It on 4K and blu-ray discs on August 24th. Hope this means the first two movies will be candidates for 4K discs. Also from Warner, Shawshank Redemption will be getting two 4K discs to choose from, a standard edition and a Best Buy Exclusive SteelBook, with a street date of September 14th.

Even though the other players are churning out 4K discs left and right, Criterion still remains on the sidelines. Their October releases (Blu-ray) will be Devi, High Sierra, The Incredible Shrinking Man, Onibaba, Ratcatcher and Uncut Gems.