First week of August upon us, I don't enjoy the thought that Autumn will be here before we know it and then that means Winter will sneak itself in at warp speed or something.

Welcome to Volume 2 Episode 11 of our weekly release guide. Our weekly look at the highlights of this week's blu-ray and 4K disc releases, as well as a look at announcements from last week.

For 4K disc releases, we have a few to pick from.

First from Disney/Pixar, Luca, which I keep confusing with Loki on Disney Plus. This one reviewed quite well theatrically, read Bryan's thoughts. In general for me, if it's Disney/Pixar, I find it hard NOT to like it. Luca comes as a standard edition, a Best Buy Exclusive SteelBook and as a Target Exclusive edition. 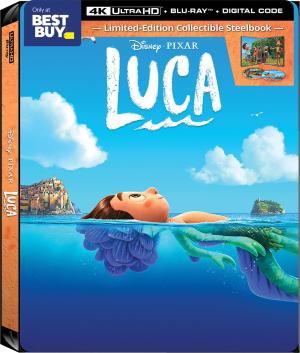 Arrow Video releases a less extravagant version of Django. What's different? This one does not include the bonus blu-ray disc for Texas, Adios and lacks the swag,  but still appears to have the same bonus features.

Last but not least, The Transformers: The Movie 35th Anniversary, as a SteelBook release. If you opt for a standard release, that one is due September 28th, along with a 35th Anniversary blu-ray. 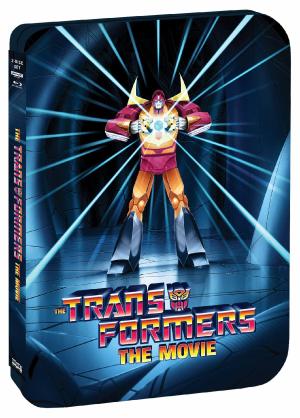 This week is one of the slowest weeks in a long time for Blu-ray. Maybe that's good with all the releases we've had to consider the past few weeks.

Luca also gets a blu-ray/dvd combo pack as well.

Arrow video also graces us this week with a standard edition blu-ray for Django, in case you are not doing 4K. That's not all from Arrow this week, also look for The Daimajin Trilogy as a Limited Edition and for The Sergio Martino Collection. These are both foreign horror collections with English dubs and lots of bonus features. 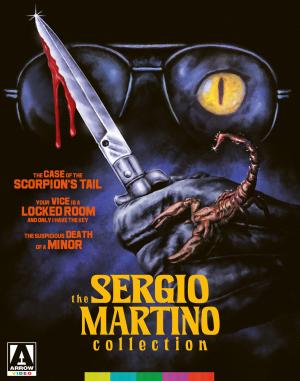 If you're wondering what Billy Crystal is up to these days, Sony Pictures shows you with Here Today, a comedy directed by and starring himself.

Angelina Jolie's latest, Those Who Wish Me Dead comes to Blu-ray this week. 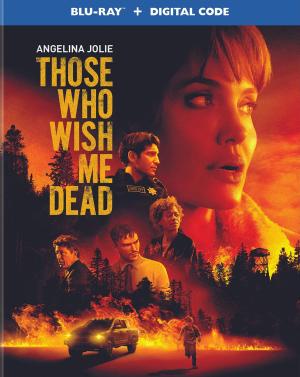 Mill Creek brings us I Dream of Jeannie: The Complete Series after a delay or two. Streaming is convenient for watching TV in bed, but if it was up to me, I would have a video wall of just TV shows on Blu-ray to truly enjoy these shows. Also from Mill Creek, The Randolph Scott Western Collection. [EDIT: I Dream of Jeannie has been delated until September 21] 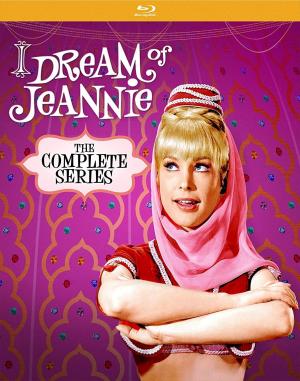 Honorable mention of the week goes to ClassicFlix's The Little Rascals: Volume Two. It is good to see these releases under way to preserve this show for a new generation.

Paramount has announced the release of the Audrey Hepburn: 7-Movie Collection on October 5th. As far as releases go, it only adds Paris When It Sizzles to the blu-ray format but it is a single SKU package for 7 of her movies.

Kino Lorber will be doing To Live and Die in L.A. on 4K disc. They've also indicated Sergio Leone’s A Fistful of Dollars (1964) and For a Few Dollars More (1965) will be getting 4K discs sometime next year.

Marvel's Black Widow will be released on 4K disc and blu-ray on September 14th.

Arrow Video would like you to open up your wallets. For October releases, expect to see Deep Red - 4K Ultra HD Blu-ray, Deep Red (Arte Original Version) - 4K Ultra HD Blu-ray, Giallo Essentials, He Came from the Swamp: The William Grefé Collection (Standard Edition) and Yokai Monsters Collection. If you would like to import, they also have Dementer / Jug Face (Double Feature) from the UK. October will be more expensive for me!