After his big debut in a 1966 summer issue of Fantastic Four, the Black Panther character immediately made history by becoming the first Black superhero in mainstream comics. In the following years, he quickly grew into an important fixture of the Marvel universe, teaming with various other superhero organizations, most notably the Avengers, and eventually marrying Ororo Munroe, a.k.a. Storm of the X-Men. Starring in his first standalone Black Panther film this weekend, the character is poised to make history once more, breaking presale records according to Fandango and potentially becoming the biggest superhero movie yet.

Unlike other film franchises, going blind into the 18th installment of the massively huge Marvel Cinematic Universe arguably won't lead to much confusion for those unfamiliar with previous entries. But that's not to say some background details and history on the Black Panther and his role within the MCU can't help either, and we're here to help guide you to one of the coolest of all superhero characters. Here is everything you need to know about the Black Panther, with brief recaps of a couple Marvel films, before you watch Black Panther film. 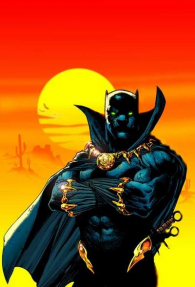 A Brief Summary on the Black Panther Legend

As any Marvel Comics fan already knows, the film adaptations make several changes and alterations to the original source material, but it, nonetheless, is useful to know certain key details for better appreciating what is sure to be an awesome superhero movie. With that in mind, here is a heavily condensed summary with only the most relevant information.

The name Black Panther is a ceremonial title for the king of The Panther Clan in the fictional East African country of Wakanda. In the early 20th Century, King T'Chaka and his people unearthed an extremely rare metal called vibranium, which was deposited by a meteorite crash several thousand years before. Moviegoers know this mineral best as the alloy used for making Captain America's impenetrable shield. At the height of WWII, T'Chaka joined forces with the Cap to defeat a host of supervillains, essentially making him the first superhero known as The Black Panther. Afterwards, T'Chaka began mining the metal for both profit and scientific research, eventually making Wakanda the richest and most technologically-advanced nation in the world. It was also during this time, the king's wife N'Yami gave birth to T'Challa, but sadly, she died from complications.

Despite remarrying, the king mostly raised his son on his own, providing him with the best education and physical training in order to prepare the prince as the heir to the throne. Unfortunately, when T'Challa was an adolescent, Wakanda was invaded by a group of deadly mercenaries led by the ruthless South African physicist Ulysses Klaue, who wanted to steal vibranium for his own selfish needs. In this conflict, T'Chaka died at the hands of Klaue, which the young prince witnessed and in a fit of rage, used Klaue's sound-emitting weapon, shooting the villain's right hand off. In the years following, T'Challa studied abroad to earn his doctorate in Physics and returned home to become the new king of his tribe. As part of the crowning ceremony and after a few challenging trials, T'Challa was given the Heart-Shaped Herb, which gifted him with near superhuman powers.

Thus, he took the mantle of The Black Panther, and when donning the vibranium suit that further enhances his abilities, he also began his new role as the superhero moviegoers will come to love and admire. He protects the world and his people from evildoers like Klaue, who returns with a weaponized prosthetic hand and renamed Klaw, traitorous usurpers like M'Baku, who is better known by his villain alias Man-Ape, and those simply seeking vengeance against the Wakanda kingdom, like highly-intelligent N'Jadaka, who changed his name to Erik Killmonger. 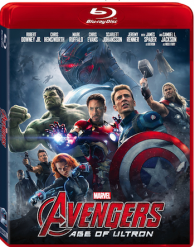 The Black Panther's journey from comic book to the silver screen actually dates back to 2015, and perhaps even earlier to 2013 when Joss Whedon completed his script for Age of Ultron. In this sequel to his 2012's The Avengers, audiences were first introduced to the arms-dealer Ulysses Klaue, played by the always impressive character actor Andy Serkis as some grimy, filthy criminal scrounging about a ship graveyard. His appearance in the film is relatively minor, but it's a memorable and vital role nonetheless because Ultron steals Klaue's vibranium supply for constructing the perfect body, which, of course, leads to the birth of Vision instead. More importantly, the confrontation between the two is a significant departure from the original storyline. Here, it is Ultron who cuts Klaue's right hand.

In its entirety, the whole episode is brief and may not seem like much, largely feeling like a cool nod and wink for fans of the comics foreshadowing future events. However, it's a good place for newcomers to start as it is the first time audiences hear mention of the Wakanda nation, the weaseling villainy of Klaue and how incredibly valuable vibranium is. 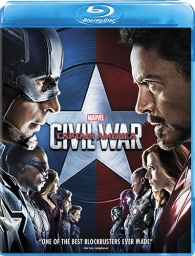 The following year, Black Panther makes his official big-screen debut to the MCU in the Russo Brothers' sequel, Captain America: Civil War, with even more alterations to the character's origin story. The filmmakers slowly introduce T'Challa's storyline into this universe with an opening battle sequence between the Avengers and Brock "Crossbones" Rumlow in Nigeria. It ends with a massive explosion that kills Wakandan humanitarian workers, and the attack prompts the United Nations to pass the Sokovia Accords and take control of the team, which in the comics was a strict Registration Act created by the U.S. government. At a conference to ratify the Accords, we meet King T'Chaka, who apparently is alive in this timeline, and his son, Prince T'Challa. The meeting is interrupted by a terrorist bombing, sadly killing the king. A rage-fueled T'Challa vows revenge, and all the evidence points to Bucky Barnes.

This makes for an interesting turn of events because audiences are initially introduced to a character driven by vengeance. A little later, the Black Panther finally makes his appearance in the awesome Bucharest action sequence where Captain America tries to save his childhood friend. Here, moviegoers are shown what makes the Wakandan superhero so freaking cool and a formidable match to both the Cap and the Winter Soldier. Better yet, due to T'Challa believing Bucky murdered his father, the Black Panther sides with Iron Man on the whole Sokovia Accords controversy, which again is different from the comics where T'Challa originally sided with the Cap. This, then, leads to the explosive and fantastically memorable showdown at the Leipzig/Halle Airport where once again, the Black Panther goes toe-to-toe with the Winter Soldier until the Black Widow intervenes, allowing Bucky and the Cap to escape and fly to the Siberian Hydra facility.

Eventually, everyone learns Bucky was actually innocent of the terrorist act, framed by Helmut Zemo, who frankly, is underplayed and underused in the MCU. Thinking he succeed in destroying the Avengers for the Sokovia tragedy in Age of Ultron, Zemo attempts to commit suicide but stopped by the Black Panther, who at this moment, also comes to the epiphany that vengeance only leads to more death and hatred rather than healing. "Vengeance has consumed you. It's consuming them. I am done letting it consume me." During a closing-credits scene, we learn T'Challa has granted Bucky and Cap asylum in Wakanda, and the camera zooms out for a panoramic extreme wide shot of the country, setting the stage for an upcoming Black Panther movie.

There you have it! These are the movies leading up to Black Panther, the feature-length debut of the kick-ass Wakandan superhero with the awesome vibranium suit. In this latest installment to the Marvel Cinematic Universe, we can expect Klaue to return with a weaponized sonic gun for a prosthetic hand and going by the moniker Klaw. However, the central conflict will be against N'Jadaka, who the filmmakers have renamed Erik Stevens, and rather than being a genius MIT grad, he is a special black-ops soldier nicknamed Killmonger. Assuming the writers are borrowing heavily from the Panther's Rage storyline, Killmonger's quest to overthrow T'Challa will reveal several moral and ethical quandaries forcing our hero to face the previously unknown dark history of his country. Meanwhile, M'Baku is also set to make an appearance, but his role is likely going to be small and probably won't serve in a larger capacity until Avengers: Infinity Wars. Either way, I'm excited to finally see Black Panther in his own standalone spin-off this weekend.