A new MusicCast speaker has been revealed.

"This is a very important new addition to the MusicCast line," said Bob Goedken, general manager, AV division, Yamaha Corporation of America. "It gives MusicCast users a way to bring music to small rooms and spaces where shelf or counter space is limited. It's also our most affordable MusicCast model, which makes it easy for anyone to start building a powerful multiroom audio system at home." 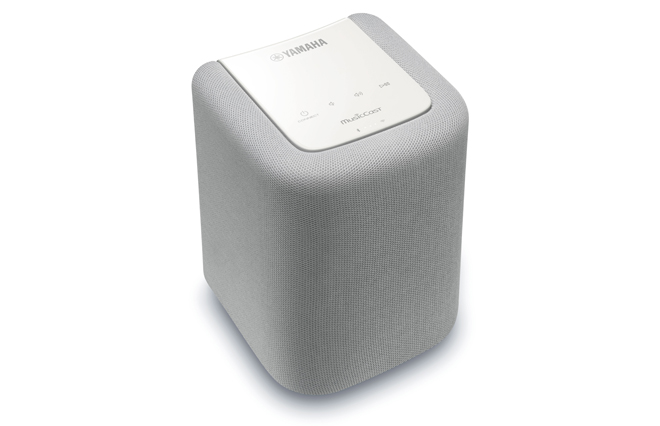 The compact speaker features a 3.5 inch woofer and 1 inch tweeter on the front, along with dual opposing passive radiators on each side. Wi-Fi, Bluetooth, and DLNA connectivity are all included, allowing users to play music from mobile devices, computers, and network attached storage drives. Likewise, the speaker offers support for thousands of free Internet radio stations and several streaming audio services like Pandora, Spotify, Rhapsody, and SiriusXM Internet Radio. In addition, the WX-010 includes high-res music playback for Apple Lossless (ALAC) up to 96 kHz / 24-bit, as well as FLAC, AIFF and WAV files up to 192 kHz / 24-bit.

Finally, the device also supports Yamaha's MusicCast wireless multiroom audio system. With MusicCast, users can stream music through a simple Android or iOS app, and easily link to other MusicCast speakers, AV receivers and Hi-Fi gear in other rooms to share music throughout the home.

The WX-010 Wireless Speaker will be available in late August in black or white. The device now joins the previously released WX-030 Speaker and the recently announced YSP-2700 Sound Bar as part of Yamaha's lineup of more than 30 MusicCast products.