Disney and ESPN have announced the launch of WatchESPN support for Android TV. Access to WatchESPN is now available through the ESPN app in the Play Store on any Android TV. Likewise, support will be included in all new Nexus Players.

"This agreement with Google enhances the value of being a video subscriber to our networks," said Sean Breen, senior vice president, affiliate sales for Disney and ESPN Media Networks. "Delivering our content seamlessly within this app-like user interface on Android TV embraces a growing trend in consumer behavior and consumption habits. We will continue to work with both traditional providers and new entrants to distribute Disney/ABC and ESPN networks in new and unique ways." 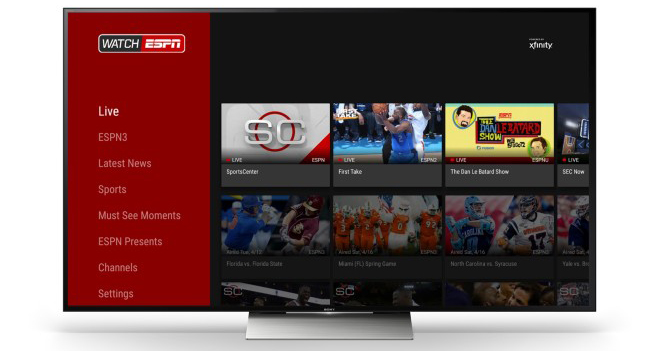 Beyond WatchESPN, Disney is also readying additional Disney/ABC Television Group apps for the Android TV platform. And outside of Disney, STARZ recently launched it own subscription streaming service on Android TV, with current support for devices like the Chromecast, Google Nexus Player, Sony Android TVs, and most Android phones, tablets and TVs . The STARZ service costs $9 per month for users without an authenticated TV provider.