The company is offering 17 weeks of sweepstakes!

VIZIO has announced the launch of its latest campaign. Dubbed "Big Screens for Big Plays," the new promotion will offer football fans a chance to win a new 50-inch M-Series Ultra HD display each time a play of 40+ yards results in a touchdown.

"Big Plays for Big Screens is all about recognizing those big moments on the field that every football fan hopes to see," said Lily Knowles, SVP Marketing, VIZIO. "Besides catching the action in person, nothing makes games feel more captivating than watching on a big screen. That is why we're excited to give fans a chance to score a 50" M-Series every time there is a big play on the field this season. The more 40+ yard plays that result in a touchdown, the more displays we'll be giving away." 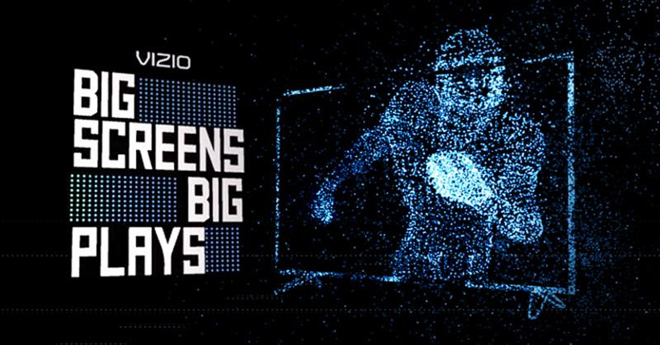 Fans can enter to win now at VIZIO.com/BigPlays. The campaign will include 17 separate, one-week-long sweepstakes periods running from September 1 through December 31. The number of random drawings each week will depend upon the number of touchdowns scored from a play of more than 40 yards made during the specified game.

The 2017 VIZIO M-Series features XLED Plus full-array local dimming backlight technology with Xtreme Black Engine Plus and 32 local dimming zones. In addition, the displays offer XHDR Plus with Dolby Vision and HDR10 content support, along with Ultra Color Spectrum, which provides over one billion colors. And like the step-up P-Series, SmartCast capabilities are included as well, allowing customers to control their displays and access apps directly on the big screen or through the SmartCast mobile app for iOS and Android devices.