VIZIO has announced a special March Madness promotion on its 2016 M-Series and P-Series SmartCast 4K UHD HDR Displays. As part of the sale, customers can now save up to $800 on select models. The discount prices will be active until April 2. 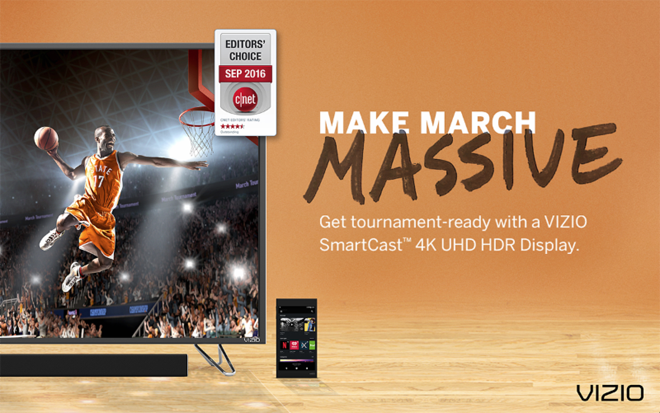