The streaming platforms have all reduced their 4K prices.

VUDU, Google Play, and Amazon have all lowered prices for select 4K Ultra HD titles in their respective digital stores. The new pricing likely comes as a response to Apple's $20 price point for its new selection of 4K HDR titles in the iTunes store.

As part of the adjustment, select Warner Bros. and Universal VUDU Ultra HD titles with Dolby Vision HDR are no available for $15 - $20, with some movies even on sale for as little as $10. Popular $15 titles include movies like Mad Max: Fury Road, Live Die Repeat: Edge of Tomorrow, Suicide Squad, and Batman v Superman. In addition, most UHD VUDU rentals now range between $4 and $8. Click here to see the discounted titles! 4K Dolby Vision VUDU playback is currently available on select displays, including 2017 LG OLED models and VIZIO M and P Series displays. 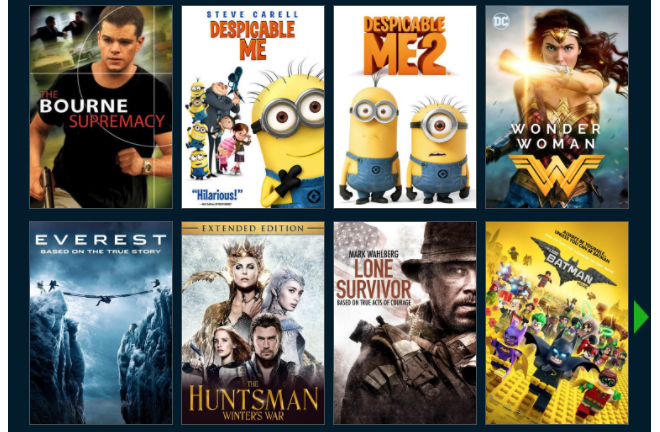 Meanwhile, though the majority of Google Play's 4K selection remains around the $30 price range, there are a few $20 UHD titles on sale now as well, including new releases like Spider-Man Homecoming and Baby Driver. Likewise, Amazon has reportedly followed suit too, dropping many of its own 4K digital titles to $20, along with some UHD movies even as low as $5.

For its part, Apple recently launched its own selection of 4K HDR titles in the iTunes store, with many priced at $20. In addition, the service will even offer automatic 4K HDR upgrades for HD titles already in a user's existing iTunes library when they become available free of charge. 4K iTunes playback is currently supported via the new Apple TV 4K (full review here).