As previously reported, Universal's Halloween (2018) is already up for pre-order on 4K Ultra HD Blu-ray and Blu-ray at Amazon, and now both titles have officially been dated for release on January 15.

Forty years after the events of 1978’s Halloween, Laurie Strode (Jamie Lee Curtis) now lives in a heavily guarded home on the edge of Haddonfield, where she’s spent decades preparing for Michael’s potential return. After being locked up in an institution, Myers manages to escape when a bus transfer goes terribly wrong, leading to chaos in the same town he preyed on decades earlier. Laurie now faces a terrifying showdown when the deranged killer returns for her and her family – but this time, she’s ready for him.

The 4K UHD features HDR10 and both releases include a DTS:X soundtrack and the following supplements:

•    Back in Haddonfield: Making Halloween

•    The Legacy of Halloween

You can find the latest specs for Halloween (2018) linked from our 4K and Blu-ray Release Schedules, where it is indexed under January 15. 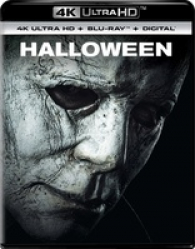 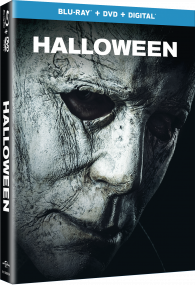