Netflix, Amazon, and Hulu have released new trailers, date announcements, and other info for several of their upcoming shows and movies, including The Runaways, The Handmaid's Tale, The First, Joshua: Teenager vs. Superpower, Norm Macdonald: Hitler's Dog, Gossip & Trickery, and more.

In addition, HBO has announced plans to remove its content library from Prime Video next year.

Norm Macdonald: Hitler's Dog, Gossip & Trickery (Netflix, May 9) - In this new stand-up special, Norm Macdonald delivers sly, deadpan observations from an older -- and perhaps even wiser -- point of view. In an ever-changing world, we return to the Norm.

Joshua: Teenager vs. Superpower (Netflix, May 26) - When the Chinese Communist Party threatens its promise of autonomy to Hong Kong, teenager Joshua Wong decides to save his homeland. Rallying thousands of kids to skip school and occupy the streets, Joshua becomes an unlikely leader in Hong Kong and one of China’s most notorious dissidents. A remarkable portrait of courage, resilience and youthful idealism, Joshua: Teenager vs. Superpower demonstrates how one young man mortgages his own future to try and save his city.

"Joshua: Teenager vs. Superpower is a filmmaking triumph," says Lisa Nishimura, Netflix VP of Original Documentaries. "Piscatella has woven together the complex and inspirational story of an unlikely activist, whose acts of bravery and conviction need to be seen around the world. In an era where we are witnessing heightened civic participation and freedom of expression, we are pleased to offer a global platform for audiences to engage on these issues."

Meanwhile, Hulu has announced a second season pick-up for its original series The Handmaid's Tale. The show's recent season one premiere is now the streaming platform's most watched series premiere ever.

"The response we’ve seen to The Handmaid’s Tale in just one week since its premiere has been absolutely incredible. It has been an honor to work with this talented team of cast and creators to develop a series that has struck such a chord with audiences across the country," said Erwich. "As we continue to expand our strong slate of original programming, The Handmaid's Tale is exactly the type of gripping and thought-provoking storytelling we want to bring to viewers. We can’t wait to explore the world of Gilead and continue Margaret’s vision with another season on Hulu."

The Handmaid's Tale is the story of life in the dystopia of Gilead, a totalitarian society in what was formerly part of the United States. Facing environmental disasters and a plunging birthrate, Gilead is ruled by a twisted religious fundamentalism that treats women as property of the state. As one of the few remaining fertile women, Offred (Elisabeth Moss) is a Handmaid in the Commander's household, one of the caste of women forced into sexual servitude as a last desperate attempt to repopulate a devastated world. In this terrifying society where one wrong word could end her life, Offred navigates between Commanders, their cruel Wives, domestic Marthas, and her fellow Handmaids – where anyone could be a spy for Gilead -- all with one goal: to survive and find the daughter that was taken from her.

The show's first season is currently airing through Hulu on a weekly basis. The second season is set for a 2018 debut.

In addition, Hulu has also announced first season pick-ups for Marvel's The Runaways from showrunners Josh Schwartz and Stephanie Savage, and The First from creator Beau Willimon (House of Cards, Ides of March).

The First  is a drama set in the near future about the first human mission to Mars. The show will explore the challenges involved with taking the first steps toward interplanetary colonization. "It’s a story about the human spirit," said Willimon. "About our indomitable need to reach for unknown horizons. About people working toward the greatest pioneering achievement in human history. And about the cost of that vision, the danger and sacrifice – emotional, psychological, and physical – that’s required to achieve it. How ordinary, imperfect people band together and overcome a myriad of obstacles to grasp the extraordinary."

Marvel’s Runaways is the story of six diverse teenagers who can barely stand each other but who must unite against a common foe – their parents. The show will premiere this winter. The series' young ensemble includes Rhenzy Feliz, Lyrica Okano, Virginia Gardner, Ariela Barer, Greg Sulkin, and Allegra Acosta. Check out the first cast photo below! 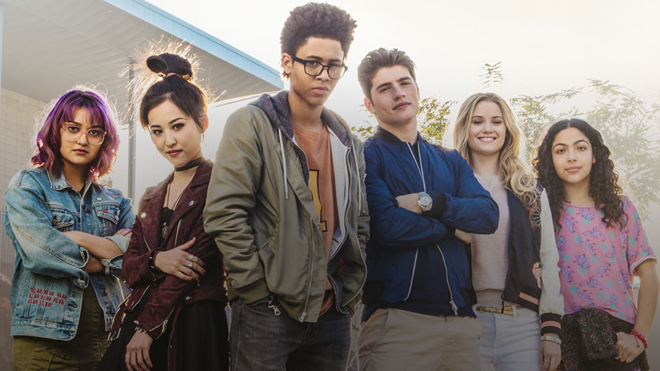 Outside of original programming, Hulu also announced that it will be the exclusive subscription streaming home to FX’s comedy series Atlanta starring Donald Glover.

Atlanta follows two cousins who work through the Atlanta music scene in order to better their lives and the lives of their families. Glover also serves as one of the show's Executive Producers, along with Paul Simms and Dianne McGunigle. The series is produced by FX Productions. 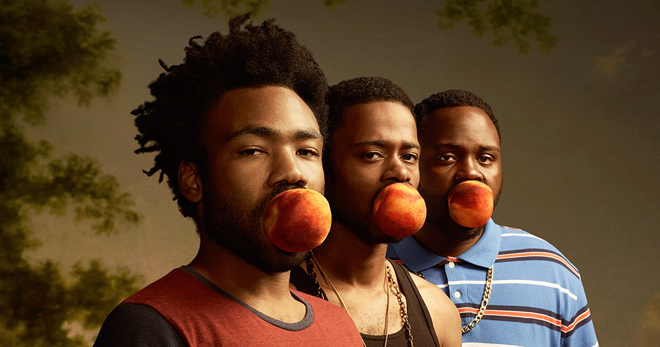 According to a report from Variety, Amazon is developing a new 30-minute streaming comedy pilot starring Danny DeVito and Jeff Goldblum. In the currently untitled show, the pair will play an old music duo who are forced to reunite despite their deep hatred for one another. The series comes from creator and writer Tim Long (The Simpsons).

Finally, Variety also reports that HBO is planning to remove its library of older shows currently included with an Amazon Prime Video subscription after the licensing pact between both companies ends in mid-2018. The decision likely comes as a result of HBO's desire to focus on presenting its content through its own standalone streaming platform, HBO Now. 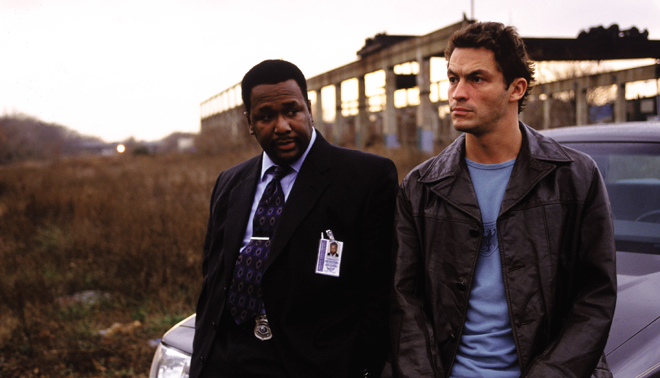