A 4K scan of the latest special edition exists, but rumors of restored theatrical cuts of the original trilogy are sadly false.

According to a report from The Digital Bits, there are still currently no plans to release the theatrical versions of the original 'Star Wars' trilogy on Blu-ray, digital HD, 4K Ultra HD, or any other formats. Rumors about a possible 40th Anniversary release of the unaltered trilogy originated last week via a story from the website Making Star Wars but, for now, it appears as if those rumblings were false.

After some digging, The Digital Bits has discovered that Disney's current 4K scan of 'Star Wars' consists of the latest special edition version -- not the 1977 theatrical edit. In fact, during a recent special event at Ohio State University’s Wexner Center for the Art, Disney’s director of Library Restoration and Preservation, Theo Gluck, stated that the actual studio negative for 'Star Wars' currently exists only as the Special Edition cut. With that said, 20th Century Fox’s Senior Vice President of Library and Technical Services, Shawn Belston, added that the "trims" removed from the original negative during the 90s still exist -- meaning, that if the studio did eventually want to release a restored HD or 4K version of the original trilogy edits, they could technically still piece them together. But, it appears that such a reconstruction is not currently in the works, so the rumored 2017 40th Anniversary release of the theatrical 'Star Wars' trilogy has sadly been debunked.

In other words, those still waiting for Han to shoot first again, will have to keep waiting... for now.

Meanwhile, the most recent special edition versions of Episodes IV - VI are currently available on Blu-ray, with or without the prequels. 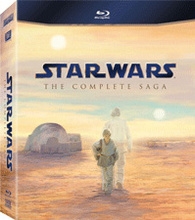 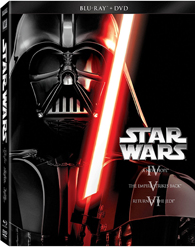