Sharp has announced the launch of its newest 4K display lineup. The AQUOS N7000 series is available in sizes ranging from 43 inches to 65 inches.

The displays all feature Sharp's classic design with a metal bezel and inverted trapezoid at the base of each TV. In addition, each screen offers a resolution of 3840 x 2160 with the company's AquoMotion and AquoDimming technologies, providing superior motion enhancement and contrast with darker blacks and whiter whites. Likewise, the AQUOS N7000 series uses a proprietary smart TV platform with 4K streaming support for apps like Netflix, YouTube, and VUDU. Finally, the displays are also HDR enabled, allowing them to accept HDR content through USB or HDMI 2.0. 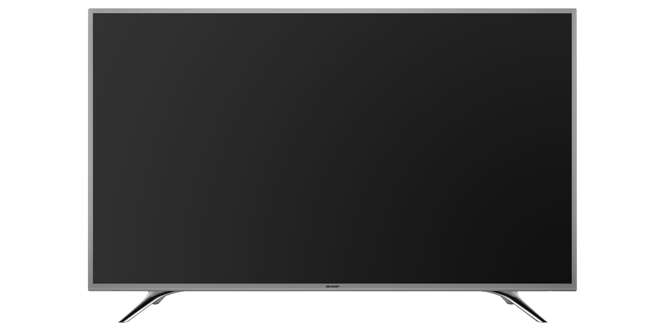 Here's a full rundown of key features and pricing:

Beyond the N7000 series, Sharp is also readying the new N6000 series, N8000 series, and N9000 series, including the 65-inch N9000U curved screen 3D Ultra HD TV ($3,000). The N9000U will feature full array local dimming with 192 zones and SPECTROS quantum dot technology to achieve 91 percent of the Rec.2020 color space. In addition, the TV includes support for the Open HDR standard, an octa-core processor, and VP9 and HEVC encoding.