We've compiled the latest gear news, including Ironman headphones, a Chromecast update, and a standalone VR headset from Samsung.

Pioneer and Onkyo have announced a new multi-year licensing agreement with Ironman, a Wanda Sports Holdings company. As part of the deal, Pioneer will have the right to produce Ironman-branded sport and fitness headphones. Likewise, the company will also participate in Ironman Village events.

The SE-E3M IRONMAN Sports Earphones are the first Ironman-branded product from Pioneer. The earphones use ultra-lightweight materials and feature full-range, 10mm dynamic drivers, along with a gold-plated 3.5mm stereo mini-plug and three different sized ear tips. In addition, the device is sweat and water resistant and the ear hooks use flexible material to conform to a user's ear.

The SE-E3M Ironman Sports Earphones are now on sale for an MSRP of $20. Models are available in five color options: Black, Red/Black, Blue/Black, Aqua, and White (SE-E3M-W).

Visual Camp has announced that its VR eye-tracking technology is featured on Samsung's new standalone Exynos Virtual Reality head mounted display. The standalone headset was apparently shown behind closed doors back in March during the Mobile World Congress.

Visual Camp CEO Suk Yunchan said, "By collaborating with Samsung Electronics, our technology was internationally recognized at MWCS 2017, enabling us to secure a bridgehead for future global marketing efforts. Now, we will continue promoting the high quality of Korean startup technologies and products overseas."

According to a report from The Verge, the Exynos VR III uses a 10nm SoC with Mali G71 graphics, and is capable of supporting dual WQHD+ displays (around 2560 x 1440) at 90Hz or one 4K display at 75Hz. The headset's eye-tracking tech allows for a process called foveated rendering. This enables the resolution of the VR display to be sharpened in the area being viewed by a user's eyes at any given time while the rest of the display's resolution is reduced. And in addition to eye-tracking, the Exynos II, is also set to feature hand tracking, voice recognition, and facial expression recognition. 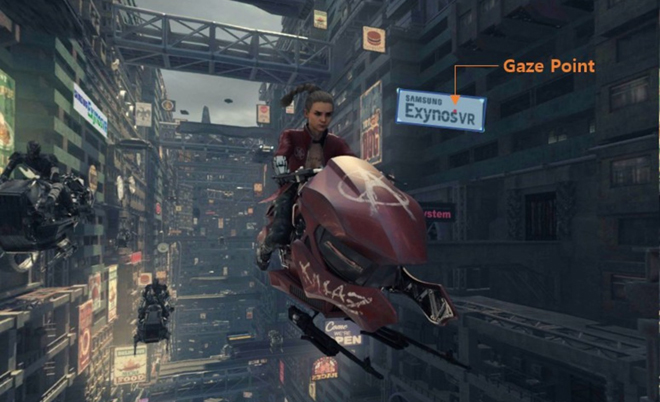 Chief Executive Director Kim Jong-kap of the Born2Global Centre said, "The recent buyouts by Apple, Google, and Facebook of companies that possess eye-tracking technology show that this technology is receiving a great deal of interest within the VR industry. We therefore have high expectations for the future of Visual Camp, which has demonstrated its highly promising VR-related technology."

Beyond Visual Camp's announcement, Samsung has not revealed any official details about the Exynos III VR headset, and the device is currently thought to be only a prototype helping the company work its way toward a standalone VR headset viable for the consumer market.

As reported by Android Police, a firmware update has been released for the Chromecast Ultra. The version 90308 upgrade includes a new "Video Smoothness" feature.

Once updated, Video Smoothness is applied to the Chromecast Ultra by default. The feature "prioritizes framerate over resolution for smoother playback." This means that during situations where the device determines that it can't cast stutter-free 4K60 video, the Chromecast will then instead switch to 1080p playback to maintain the 60fps. Users can also opt to toggle the feature off in the Google Home app, but that could lead to jerky playback.

The Chromecast Ultra ($69) plugs into a display's HDMI port, allowing users to cast all of their favorite content from thousands of apps using a smartphone, tablet, or laptop. In addition, the device supports 4K, HDR (high dynamic range) and Dolby Vision content, offering playback support for videos with higher resolution, expanded colors, and enhanced contrast.

Sony has pulled its Slim package option for its PlayStation Vue internet TV service. The Slim option previously allowed customers in select markets to sign up for a more limited version of the platform without access to local channels. Slim plans cost $10 less than the regular packages and started at $30 per month for the "Access Slim" option.

As of July 6, new customers can no longer sign up for the Slim option, but current Slim package subscribers will be able to retain their plan for three billing cycles. After that, users will be switched to the expanded version of their package at the higher rate. The decision to remove the Slim option likely comes as a result of Sony's expanded support for local networks across more markets. 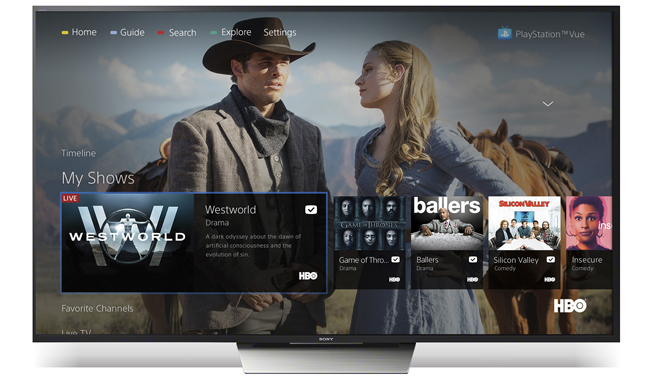 The PlayStation Vue service offers live and on demand content from a growing collection of channels. The platform enables viewers to easily search through available programming with an intuitive interface and convenient personal recommendations. In addition, if customers tag a favorite series they will be given cloud access to episodes of that show for 28 days with no storage restrictions. Likewise, PlayStation Vue offers up to five simultaneous streams across different devices, including up to three mobile devices outside of the home.

- Core: 60+ channels, including all the channels from Access with the addition of live national and regional sports networks for $44.99 per month.

- Elite: 90 channels, featuring all the channels from Core with the addition of top movie and entertainment channels for $54.99 per month.