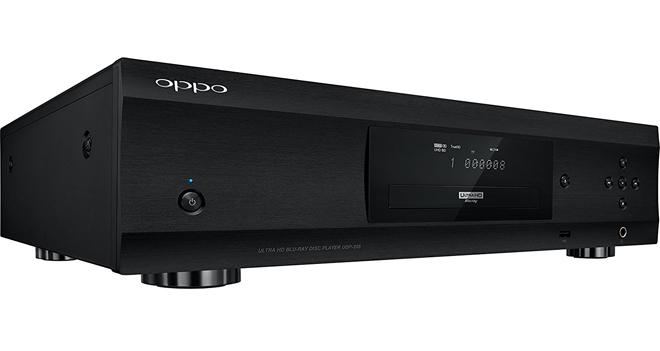 Though the company has ceased manufacturing new players, an update is now available for previously released models.

Oppo has announced the release of a new public beta test firmware update for its UDP-203 & UDP-205 4K Ultra HD Blu-ray Players. The 64-1221B upgrade adds HDR10+ support along with a few other tweaks.

HDR10+ is an open, royalty free dynamic metadata platform for high dynamic range developed in partnership with Samsung, Panasonic, and 20th Century Fox. The format allows a compatible display to adjust brightness levels, color saturation, and contrast on a scene-by-scene or even frame-by-frame basis on specially graded HDR10+ content, producing images that are closer to the director's intent -- similar to the competing Dolby Vision dynamic HDR format.

To watch HDR10+ content via Oppo's 4K Blu-ray players, customers will also need an HDR10+ TV. Compatible displays include 2018 and 2017 Samsung 4K HDR TVs in the US, along with select Panasonic models in Europe. Meanwhile, the first Ultra HD Blu-ray releases with HDR10+ support include A Beautiful Planet and Journey to the South Pacific.

To install the public beta test firmware, users will need to download the update to a USB drive or disc. CLICK HERE for full instructions on how to upgrade. An official release version of the firmware downloadable via the player's internet connection is also expected to follow the beta update. Here's a full rundown of the firmware's upgrades via Oppo:

The UDP-203 & UDP-205 both provide 4K Ultra HD Blu-ray Disc playback along with support for regular Blu-rays and DVDs. And in addition to the new HDR10+ upgrade, both models also support Dolby Vision, standard HDR10, and Wide Color Gamut capabilities. Sadly, however, both models are no longer being produced, as Oppo announced the end of its AV product business back in April.