The new Android streaming media player will be available later this month.

NVIDIA has announced the launch of its new SHIELD TV media player. The device offers streaming, gaming, and AI features.

"NVIDIA's rich heritage in visual computing and deep learning has enabled us to create this revolutionary device," said Jen-Hsun Huang, founder and chief executive officer of NVIDIA, who revealed SHIELD during his opening keynote address at CES. "SHIELD TV is the world's most advanced streamer. Its brilliant 4K HDR quality, hallmark NVIDIA gaming performance and broad access to media content will bring families hours of joy. And with SHIELD's new AI home capability, we can control and interact with content through the magic of artificial intelligence from anywhere in the house," he said. 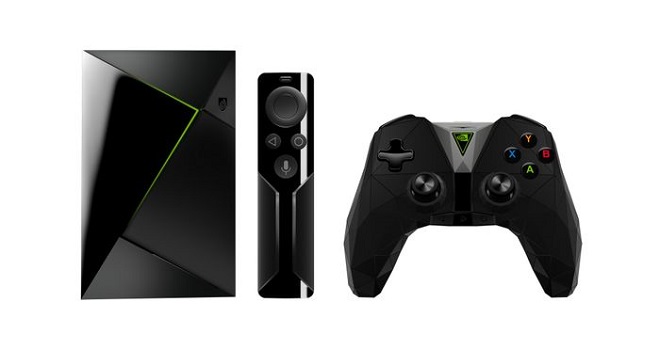 Here's a rundown of upcoming AI features per the press release:

- First hands-free Google Assistant integration on TV. Google has optimized the Assistant experience on TV by having the home's largest screen show visual answers in addition to an audio reply. Use voice commands to replace clicking a remote for finding content, pausing, fast-forwarding or rewinding. Plus, Google Assistant can help better find content and answer questions.
- SmartThings Hub technology integration, instantly turning SHIELD into a smart home hub that can connect to hundreds of smart home devices.
- NVIDIA SPOT™, an AI mic accessory that makes SHIELD the central backbone of the AI home, extending intelligent control throughout the house.

The NVIDIA SHIELD TV is now available for pre-order for $200. In addition, the company is also releasing a SHIELD TV Pro model later this month with controller, remote with headset jack, and 500GB of storage for $300.