Netflix has announced the release of its VR app for the Daydream virtual reality platform. The app previously launched for the Samsung Gear VR powered by Oculus.

With the Netflix VR app for Daydream, users can now watch all their Netflix content on a simulated big screen TV in a virtual living room designed to look like a comfy log cabin. To use the VR app, users will need a Daydream View headset and a Daydream-ready smartphone (like the Google Pixel). Unlike most VR headsets, the Daydream View is made with flexible and soft breathable fabrics, allowing the device to be 30% lighter than similar products while providing added comfort. Likewise, the headset has also been designed to fit over glasses. In addition, the product includes a compact controller packed with sensors, letting customers interact with content through movements and gesture. And when not in use, the controller can slide right inside the headset for easy storage. 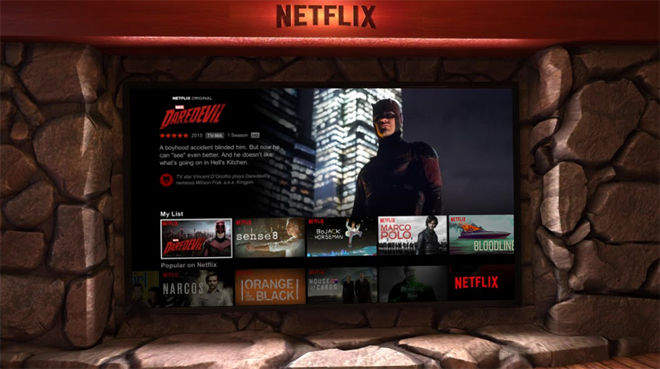 Beyond Netflix, the Daydream VR platform offers a growing collection of virtual reality apps from over 50 partners, including the recent addition of HBO Go, HBO Now, and NextVR. With the HBO apps for Daydream, users can now watch every episode of every season of original series like 'Game of Thrones' and 'Westworld,' along with iconic favorites and popular films on a virtual big screen. HBO Go requires an authenticated pay-TV subscription while HBO Now is a standalone subscription service. Meanwhile, the NextVR app offers live concerts, sports, and events in virtual reality.