The upcoming comedy series has found its lead.

According to a report from Deadline, Alison Brie is set to star in the new Netflix original series, 'G.L.O.W..' The show comes from creators Liz Flahive ('Homeland') and Carly Mensch ('Orange is the New Black'), who will also act as showrunners.

Inspired by the real story of the 1980's female wrestling league, the series -- set in Los Angeles and showcasing big hair and body slams -- will be the fictionalized story of an out of work actress (Alison Brie) who finds one last attempt to live her dreams in the form of a weekly series about female wrestlers. 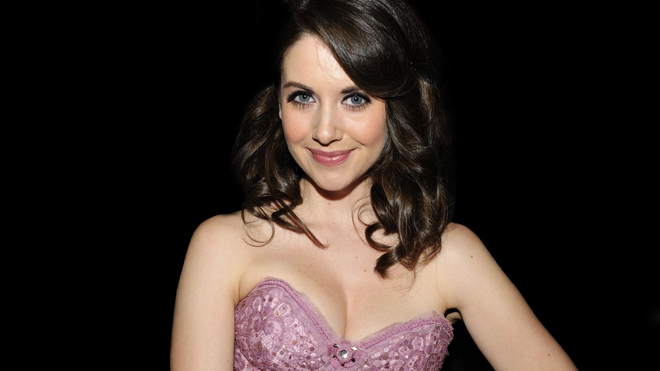 Other upcoming Netflix premieres include 'Easy' on September 22, 'The Ranch' on October 7, 'Mascots' on October 13, 'Black Mirror' on October 21, 'The Crown' on November 4, 'Lovesick' on November 17, and 'Gilmore Girls: A Year in the Life' on November 25. Likewise, the streaming platform is also prepping new seasons of 'Chelsea,' 'Lady Dynamite,' and 'Real Rob,' a new sci-fi series called 'Travelers' from writer Brad Wright, the third season of 'Bloodline' for 2017, new episodes of the documentary series 'Making a Murderer,' and a feature film adaptation of the manga 'Death Note.' In addition, the service recently announced premiere dates for its upcoming stand-up comedy lineup, including shows from Cedric the Entertainer, Russell Peters, Joe Rogan, Dana Carvey Colin Quinn, Michael Che, Reggie Watts and Gabriel Iglesias.