The NBA has announced the release of NBA InPlay for Android and iOS mobile platforms. The real-time fantasy competition app syncs with live cable and satellite basketball games being played on a user's TV, offering them the chance to earn points and win prizes.

Here's a full rundown of how the app works per NBA.com and the Google Play Store:

- NBA InPlay automatically recognizes the audio of any NBA game on cable or satellite. If there's an NBA game on TNT, NBA TV, ESPN or ABC, you can turbo boost your experience with this app.

- Choose a game and team to play. Select one player per quarter and get points from their performance. Who do you pick? Whatever player you predict is going to put up numbers!

- The better your player performs, the more points you earn.

- Activate turbo mode to get points from all team members, plus even higher points from your player.

- Compete against your friends or other NBA fans.

- Rise up the leaderboard and win official NBA prizes. 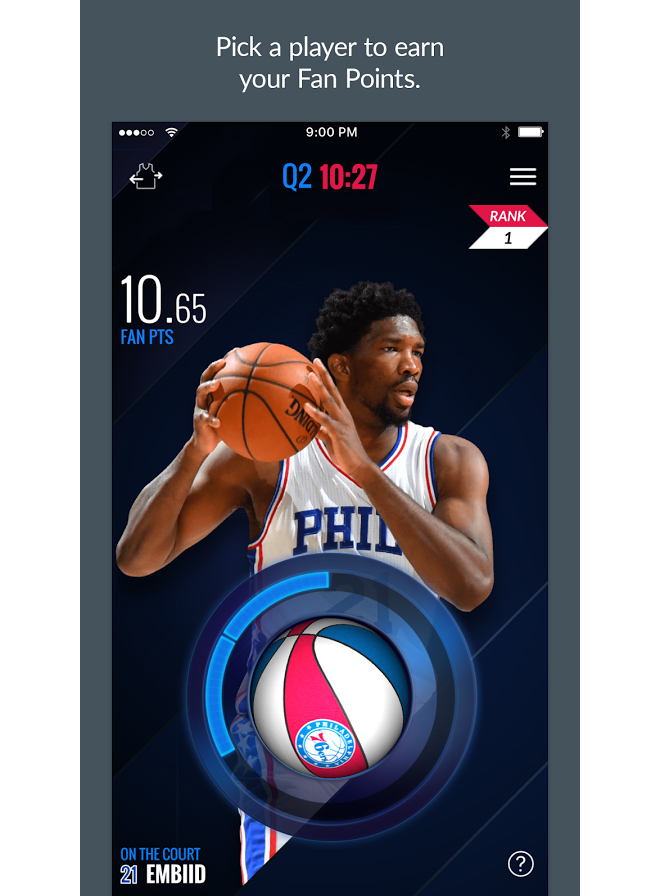 For a full schedule of upcoming games compatible with NBA InPlay, click here! NBA InPlay is now available for iOS and Android devices through the iPhone App Store and Google Play Store. Beyond their new mobile second screen app, the NBA also recently broadcast its first live 4K basketball game in the US. The Ultra HD broadcast featured the Denver Nuggets vs. Utah Jazz and was presented through DirecTV on December 3. DirecTV plans to announce additional 4K Ultra HD NBA broadcasts in the future.