The new audio products will be on display at CES.

"LG's Music Flow audio system offers users greater versatility than ever before thanks to advanced portability and connectivity options that support excellent audio quality any time or place," said Brian Kwon, President and CEO at LG's Home Entertainment Company. "The largest consumer electronics tradeshow in the world is the perfect platform for debuting our newest sound bars and X-Boom audio systems."

LG's new MusicFlow soundbars include the SH8, SH7 and SH6. All three models feature slim designs with Wi-Fi and Bluetooth connectivity. Likewise, the soundbars are capable of simple one button Wi-Fi paring with additional Music Flow speakers. The SH8 and SH7 both include wireless subwoofers, while the SH6 uses six independent speaker drivers and innovative dual bass ports to deliver deep sound without an additional subwoofer. 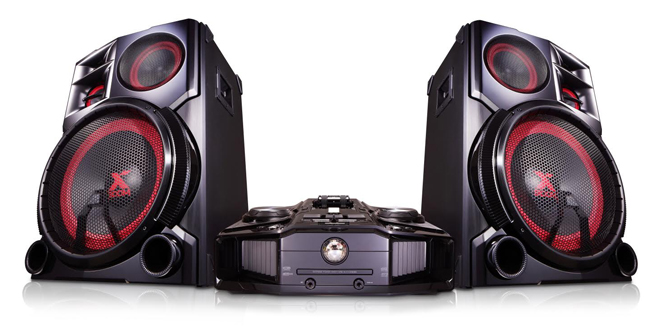 Meanwhile, LG has also announced three new X-Boom audio systems. The upcoming OM7560, OM5560, and CM9960 all offer powerful sound with wireless connectivity. The OM7560 and OM5560 are solo models that provide entire audio systems housed in a single unit within the speaker. In addition, the systems feature a Party Thruster lever that creates multicolored light shows that sync with the devices' audio outputs.

Pricing has not been revealed yet, but the new LG MusicFlow soundbars and X-Boom audio systems are expected to start shipping in the first half of 2016. All six models will also be on display at LG's booth during CES 2016 on January 6-9 in Las Vegas.