Hisense has announced an expansion of its 4K Ultra HD Smart Laser TV lineup. The new collection includes the L8E and L10E Series with models ranging in size from 88-inches to 120-inches.

"Hisense always pushes to achieve the best picture quality possible," said Kevin Cahill, Head of Laser TV Sales and Marketing at Hisense USA. "We were honored to see the exceptionally high marks reviewers gave our 100-inch (100L8D) Laser TV and are excited to expand our Laser TV lineup with our new Dual Laser Technology, offering many more customized options for the home." 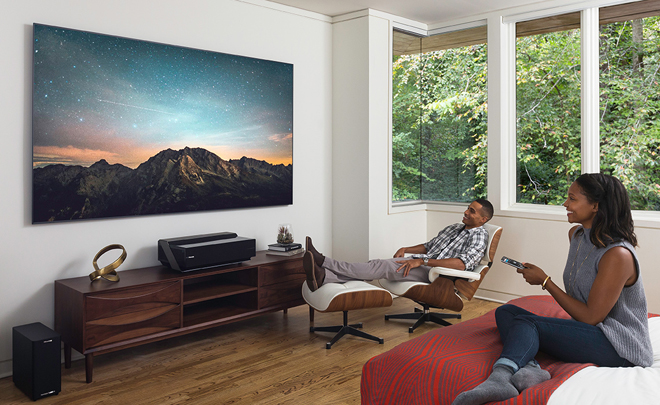 Meanwhile, the L8E Series Ultra Short Throw Laser TV is available as an 88-inch (88L8E) model. The smaller size allows for added placement options, though the press release does not specify if the model offers HDR and WCG support.

Exact pricing for the L10E Series has not been announced yet, but the L8E Series will retail for an MSRP of $3,800. The new models will join the previously released 100" 100L8D Hisense Laser TV.