The H8 Series Ultra HD TVs feature HDR processing, allowing the displays to remap luminance and color information to the specific capabilities of their panels. The TVs support playback of HDR10 content through USB and HDMI 2.0a. In addition, the H8 Series also incorporates Full Array Local Dimming for superior contrast, and the company's proprietary smart TV platform with access to numerous 4K UHD streaming apps. Here's a full rundown of key features and specs: 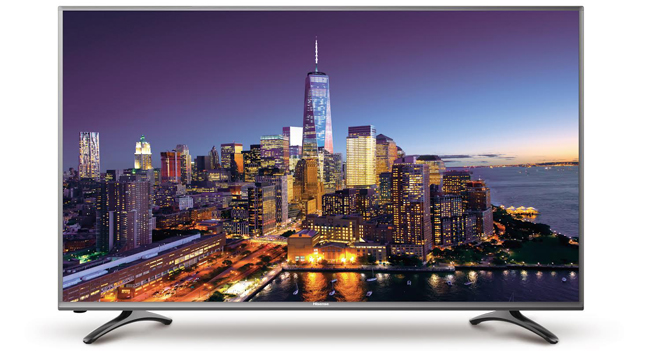