Coco will be available on Blu-ray and 4K Ultra HD Blu-ray on February 27.

Despite his family’s baffling generations-old ban on music, Miguel dreams of becoming an accomplished musician like his idol, Ernesto de la Cruz. Desperate to prove his talent, Miguel finds himself in the stunning and colorful Land of the Dead following a mysterious chain of events. Along the way, he meets charming trickster Hector, and together, they set off on an extraordinary journey to unlock the real story behind Miguel’s family history. 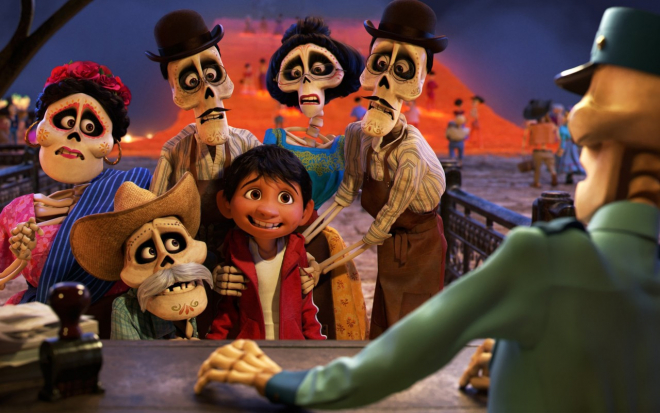 The 4K release will feature an HDR10 2160p presentation, a Dolby Atmos soundtrack (lossless 7.1 on the Blu-ray) and supplements for both editions include:

Dante - How the crew fell in love with the uniquely Mexican breed of Xoloitzcuintli (or “Xolo”) dogs that inspired Dante.

Deleted Scenes with Introductions - Director Lee Unkrich and co-director Adrian Molina talk about the deleted scenes and the part they played in the development of “Coco.”

The Music of “Coco” - Collaborating with musicians of Mexico and some unique instrumentation, this documentary explores the beautiful fusion of music essential to the story of “Coco.”

Paths to Pixar: “Coco” - Explore how the film crew’s personal stories resonate with the themes of the movie itself.

Welcome to the Fiesta - A musical exploration of the skeletons that make the Land of the Dead in “Coco” so wondrous and intriguing.

How to Draw a Skeleton - Pixar artist Daniel Arriaga gives a lesson on the quick and easy way to draw skeletons using simple shapes.

A Thousand Pictures a Day - Join the “Coco” crew on an immersive travelogue through Mexico, visiting families, artisans, cemeteries, and small villages during the Día de los Muertos holiday.

Mi Familia - Developing the Riveras was a labor of love that took the cast and crew on a deep dive into the meaning of family.

Land of Our Ancestors – Watch Pixar artists lovingly construct layer upon layer of architecture from many eras of Mexican history, bringing the Land of the Dead to life.

Fashion Through the Ages – The cast of characters in “Coco” are from many different eras, making for some magnificent costuming opportunities.

The Real Guitar – The majestic guitar that spurs Miguel on his journey through the Land of the Dead is a unique creation. Watch as it is initially designed by a Pixar artist and ultimately realized as a real instrument by a master luthier in this poetic ode to craftsmanship.

How to Make Papel Picado - Join Pixar artist Ana Ramírez González as we learn how papel picado is made traditionally, and then try your own approach to this beautiful art form.

You can find the latest specs for Coco linked from our Blu-ray and 4K Release Schedules, where it is indexed under February 27. 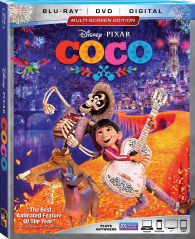 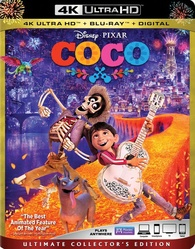