The distributor has revealed its upcoming slate of October releases, including David Lynch's 'Mulholland Dr.' and David Cronenberg's 'The Brood.'

In an early announcement to retailers, Criterion is preparing 'My Own Private Idaho,' 'A Special Day,' 'The Brood,' 'Kwaidan,' and 'Mulholland Dr.' for Blu-ray throughout the month of October.

'My Own Private Idaho' (October 6) - River Phoenix and Keanu Reeves star in this haunting tale from Gus Van Sant, about two young street hustlers: Mike Waters, a sensitive narco­leptic who dreams of the mother who abandoned him, and Scott Favor, the wayward son of the mayor of Portland and the object of Mike’s desire. Navigating a volatile world of junkies, thieves, and johns, Mike takes Scott on a quest along the grungy streets and open highways of the Pacific Northwest, in search of an elusive place called home. Visually dazzling and thematically groundbreaking, 'My Own Private Idaho' is a deeply moving look at unrequited love and life on society's margins.

The Blu-ray will feature 1080p video, an English 2.0 surround DTS-HD Master Audio soundtrack, and supplements will include: Illustrated 2005 audio conversation between Van Sant and filmmaker Todd Haynes; The Making of "My Own Private Idaho," a 2005 documentary featuring cast and crew; Kings of the Road, a 2005 interview with film scholar Paul Arthur on Van Sant's adaptation of Shakespeare’s Henry IV and Orson Welles's Chimes at Midnight; Conversation from 2005 between producer Laurie Parker and actor River Phoenix's sister Rain; Audio conversation from 2005 between writer JT Leroy and filmmaker Jonathan Caouette; Deleted scenes; Trailer; PLUS: A book featuring essays by film critic Amy Taubin and Leroy; a 1991 article by Lance Loud; and reprinted interviews with Van Sant, Phoenix, and actor Keanu Reeves. 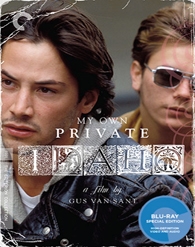 'A Special Day' (October 13) - Italian cinema dream team Sophia Loren and Marcello Mastroianni are cast against glamorous type and deliver two of the finest performances of their careers in this moving, quietly subversive drama from Ettore Scola. Though it's set in Rome on the historic day in 1938 when Benito Mussolini and the city first rolled out the red carpet for Adolf Hitler, the film takes place entirely in a working-class apartment building, where an unexpected friendship blossoms between a pair of people who haven’t joined the festivities: a conservative housewife and mother tending to her domestic duties and a liberal radio broadcaster awaiting deportation. Scola paints an exquisite portrait in sepia tones, a story of two individuals helpless in the face of fascism's rise.

The Blu-ray will feature 1080p video, an uncompressed Italian mono soundtrack, and supplements will include: New interviews with Scola and actor Sophia Loren; Two 1977 episodes of The Dick Cavett Show featuring Loren and actor Marcello Mastroianni; Trailer; PLUS: An essay by critic Deborah Young. 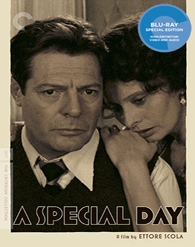 'The Brood' (October 13) - A disturbed woman is receiving a radical form of psychotherapy at a remote, mysterious institute. Meanwhile, her five-year-old daughter, under the care of her estranged husband, is being terrorized by a group of demonic beings. How these two story lines connect is the shocking and grotesque secret of this bloody tale of monstrous parenthood from David Cronenberg, starring Oliver Reed and Samantha Eggar. With its combination of psychological and body horror, 'The Brood' laid the groundwork for many of the director’s films to come, but it stands on its own as a personal, singularly scary vision.

The Blu-ray will feature 1080p video, an uncompressed English mono soundtrack, and supplements will include: New documentary about the making of the film and Cronenberg’s early work, featuring actor Samantha Eggar, producer Pierre David, cinematographer Mark Irwin, assistant director John Board, and special makeup effects artists Rick Baker (Videodrome) and Joe Blasco (Shivers and Rabid); New, restored 2K digital transfer of Crimes of the Future, a 1970 feature by Cronenberg, supervised by the director, plus a 2011 interview in which the director discusses his early films with Fangoria editor Chris Alexander; Interview from 2013 with actors Art Hindle and Cindy Hinds; Appearance by actor Oliver Reed on The Merv Griffin Show from 1980; Radio spot; PLUS: An essay by critic Carrie Rickey. 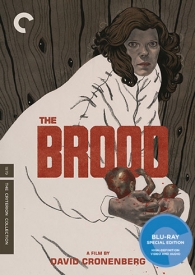 'Kwaidan' (October 20) - After more than a decade of sober political dramas and social-minded period pieces, the great Japanese director Masaki Kobayashi shifted gears dramatically for this rapturously stylized quartet of ghost stories. Featuring colorfully surreal sets and luminous cinematography, these haunting tales of demonic comeuppance and spiritual trials, adapted from writer Lafcadio Hearn's collections of Japanese folklore, are existentially frightening and meticulously crafted. This version of 'Kwaidan' is the original three-hour cut, never before released in the United States.

The Blu-ray will feature 1080p video, an uncompressed Japanese mono soundtrack, and supplements will include: Audio commentary by film historian Stephen Prince; Interview from 1993 with Kobayashi, conducted by filmmaker Masahiro Shinoda; New interview with assistant director Kiyoshi Ogasawara; New piece about author Lafcadio Hearn, on whose versions of Japanese folk tales Kwaidan is based; Trailers; PLUS: An essay by critic Geoffrey O’Brien. 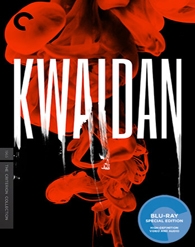 'Mulholland Dr.' (October 27) - A love story in the city of dreams . . .  Blonde Betty Elms (Naomi Watts) has only just arrived in Hollywood to become a movie star when she meets an enigmatic brunette with amnesia (Laura Harring). Meanwhile, as the two set off to solve the second woman’s identity, filmmaker Adam Kesher (Justin Theroux) runs into ominous trouble while casting his latest project. David Lynch's seductive and scary vision of Los Angeles's dream factory is one of the true masterpieces of the new millennium, a tale of love, jealousy, and revenge like no other.

The Blu-ray will feature 1080p video, an English DTS-HD MA 5.1 soundtrack, and supplements will include: New interviews with Lynch, Deming, actors Naomi Watts and Laura Harring, composer Angelo Badalamenti, and casting director Johanna Ray; Interviews with Lynch and cast members, along with other footage from the film’s set; Trailer; PLUS: A booklet featuring an interview with Lynch from filmmaker and writer Chris Rodley’s 2005 edition of the book Lynch on Lynch; and More! 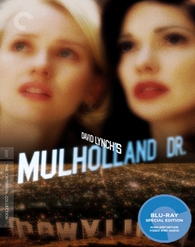