Can Ya Dig It? Criterion Announces June Releases With Shaft on 4K Ultra HD Blu-ray

Leading the way is Shaft, which will be getting a 4K UHD and Blu-ray release on June 21. 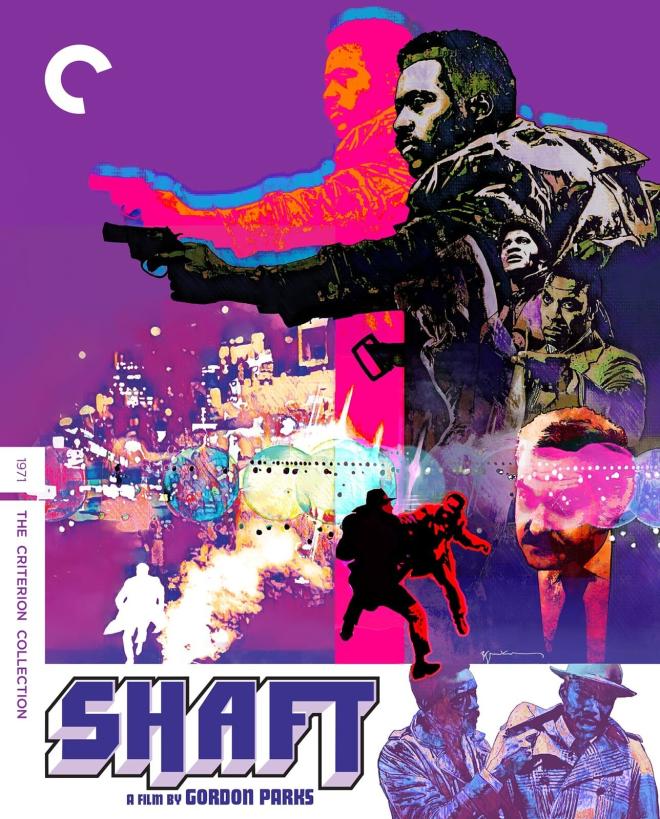 While the Black Power movement was reshaping America, trailblazing director Gordon Parks made this groundbreaking blockbuster, which helped launch the blaxploitation era and gave the screen a new kind of badder-than-bad action hero in John Shaft (Richard Roundtree, in a career-defining role), a streetwise New York City private eye who is as tough with criminals as he is tender with his lovers. After Shaft is recruited to rescue the kidnapped daughter of a Harlem mob boss (Moses Gunn) from Italian gangsters, he finds himself in the middle of a rapidly escalating uptown vs. downtown turf war. A vivid time capsule of seventies Manhattan in all its gritty glory that has inspired sequels and multimedia reboots galore, the original Shaft is studded with indelible elements—from Roundtree’s sleek leather fashions to the iconic funk and soul score by Isaac Hayes.

• In the 4K UHD edition: One 4K UHD disc of the film presented in Dolby Vision HDR and two Blu-rays with the film and special features

• New program on the Black detective and the legacy of John Shaft, featuring scholar Kinohi Nishikawa and novelist Walter Mosley

Arriving on June 7 on Blu-ray is The Tales of Hoffmann, the fantasy opera by Jacques Offenbach. 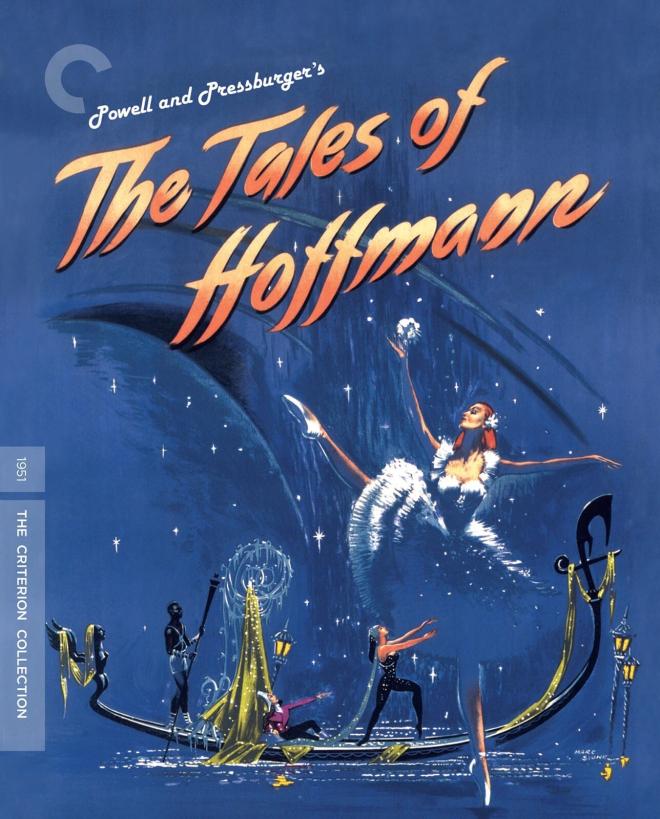 Michael Powell And Emeric Pressburger create a phantasmagoric marriage of cinema and opera in this one-of-a-kind take on a classic story. In Jacques Offenbach’s fantasy opera The Tales of Hoffmann, a poet dreams of three women—a mechanical performing doll, a bejeweled siren, and the consumptive daughter of a famous composer—all of whom break his heart in different ways. Powell and Pressburger’s feverishly romantic adaptation is a feast of music, dance, and visual effects, and one of the most exhilarating opera films ever produced.

Michael Powell And Emeric Pressburger create a phantasmagoric marriage of cinema and opera in this one-of-a-kind take on a classic story. In Jacques Offenbach’s fantasy opera The Tales of Hoffmann, a poet dreams of three women—a mechanical performing doll, a bejeweled siren, and the consumptive daughter of a famous composer—all of whom break his heart in different ways. Powell and Pressburger’s feverishly romantic adaptation is a feast of music, dance, and visual effects, and one of the most exhilarating opera films ever produced.

• 4K digital restoration by The Film Foundation and the BFI National Archive, in association with STUDIOCANAL, featuring newly rediscovered footage and with uncompressed monaural soundtrack

• Interview with filmmaker George A. Romero from 2005

• The Sorcerer’s Apprentice (1956), a short musical film based on the Johann Wolfgang von Goethe story and directed by Michael Powell

• Gallery of production and publicity photographs

• Plus: An essay by film historian Ian Christie 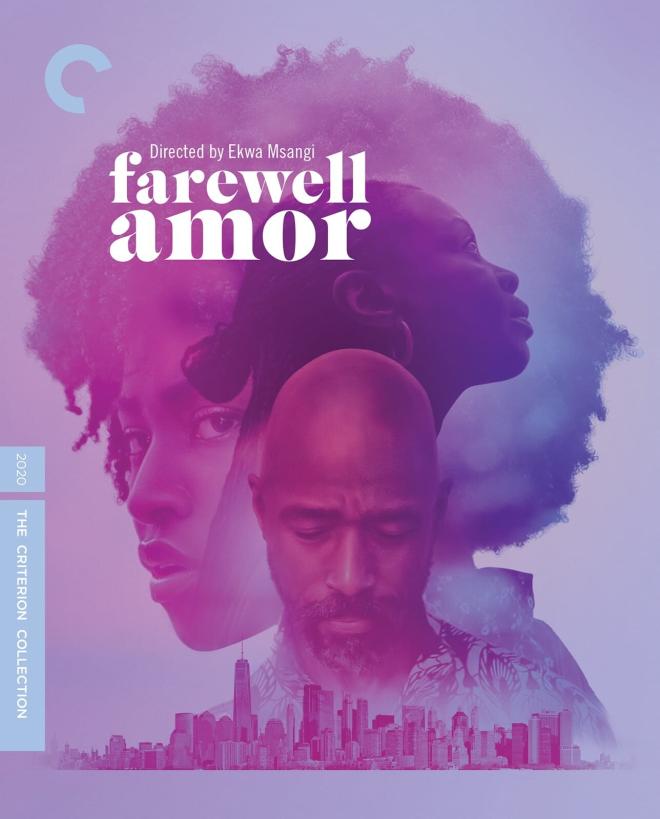 In her luminous feature debut, filmmaker Ekwa Msangi chronicles a broken family’s journey to wholeness with empathy and insight. Seventeen years after his family was separated by the civil war in Angola, a New York taxi driver (Ntare Guma Mbaho Mwine) is reunited with his now devoutly religious wife (Zainab Jah) and teenage daughter (Jayme Lawson) when they are finally able to follow him to America. But after living thousands of miles apart for so long, the three find they must discover one another’s strengths, forgive one another’s weaknesses, and bridge cultural and generational divides in order to build a life together. Told in three perspective-shifting chapters that honor the multitude of struggles and emotions that make up the immigrant experience, Farewell Amor is a bittersweet, compassionate evocation of how it feels when your heart and your home are in different places.

• PLUS: An essay by scholar Tiana Reid

On the 21st comes Stanley Kwan's Rouge on Blu-ray. 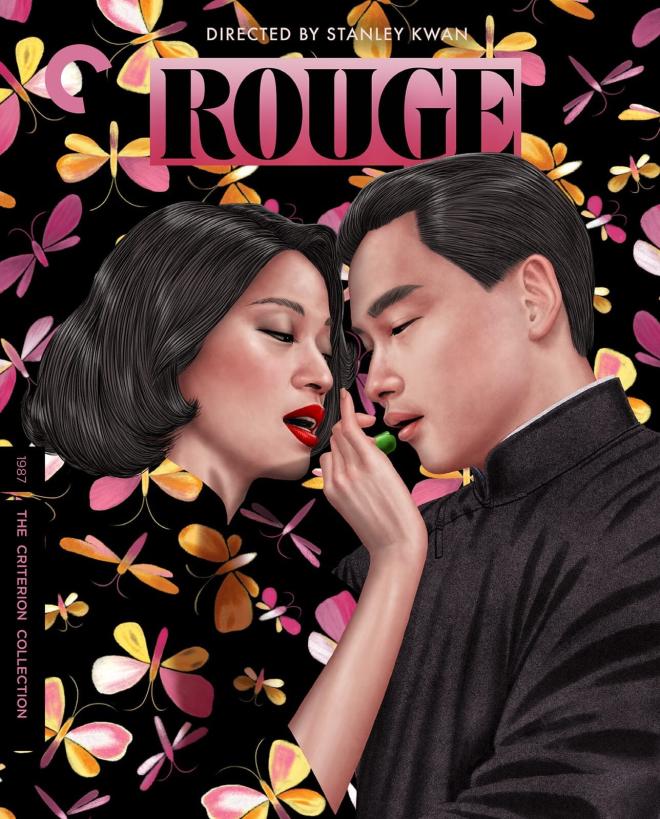 Cantopop superstars Anita Mui and Leslie Cheung display the androgynous magnetism that made them icons as doomed lovers in this emblematic film of Hong Kong’s Second New Wave, directed by pioneering queer melodrama master Stanley Kwan. Rouge bridges past and present in its tragic romance between a humble courtesan and the wayward scion of a wealthy family, who embrace death by suicide pact amid the opulent teahouses of 1930s Hong Kong. Fifty years later, she returns to the city-state to find him, drawing a young contemporary couple (Alex Man and Emily Chu) into her quest to rekindle a passion that may be as illusory as time itself. With its lush mise-en-scène and transcendently melancholy mood, this sensuous ghost story is an exquisite, enduringly resonant elegy for both lost love and vanishing history.

• Yang ± Yin: Gender in Chinese Cinema, a 1997 documentary by Kwan exploring the representation of queerness and LGBT identity in Chinese film

• Still Love You After All These, a 1997 memoir film by Kwan about his Hong Kong identity

• PLUS: An essay by film programmer and critic Dennis Lim 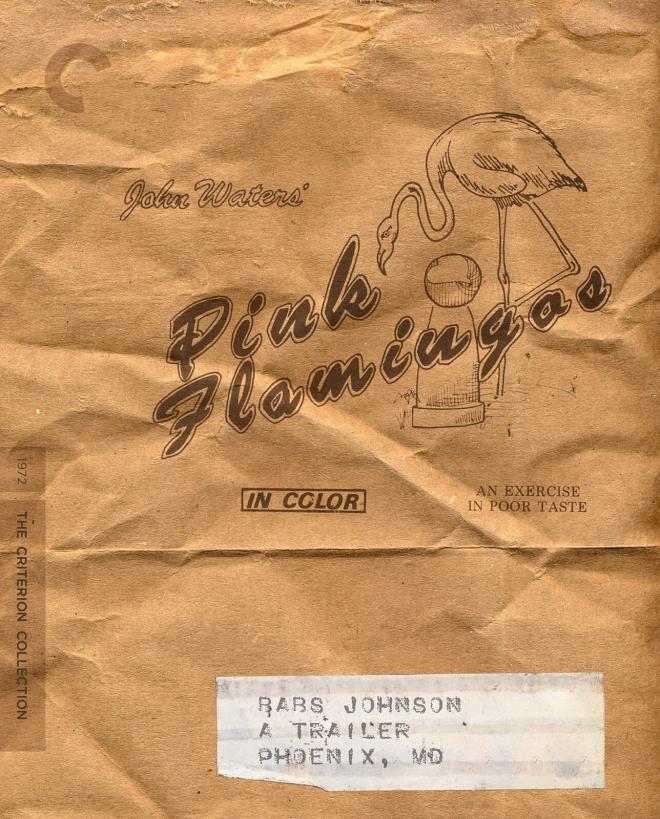 John Waters made bad taste perversely transcendent with the forever shocking counterculture sensation Pink Flamingos, his most infamous and daring cinematic transgression. Outré diva Divine is iconic as the wanted criminal hiding out with her family of degenerates in a trailer outside Baltimore while reveling in her tabloid notoriety as the “Filthiest Person Alive.” When a pair of sociopaths (Mink Stole And David Lochary) with a habit of kidnapping women in order to impregnate them attempt to challenge her title, Divine resolves to show them and the world the true meaning of the word filthy. Incest, cannibalism, shrimping, and film history’s most legendary gross-out ending—Waters and his merry band of Dreamlanders leave no taboo unsmashed in this gleefully subversive ode to outsiderhood, in which camp spectacle and pitch-black satire are wielded in an all-out assault on respectability.

• Two audio commentaries featuring Waters, from the 1997 Criterion laserdisc and the 2001 DVD release

• Tour of the film’s Baltimore locations, led by Waters

• PLUS: An essay by critic Howard Hampton and a piece by actor and author Cookie Mueller about the making of the film, from her 1990 book Walking Through Clear Water in a Pool Painted Black

Finally and also on the 28th comes Joachim Trier Academy Award-nominated romantic comedy The Worst Person in the World on Blu-ray. 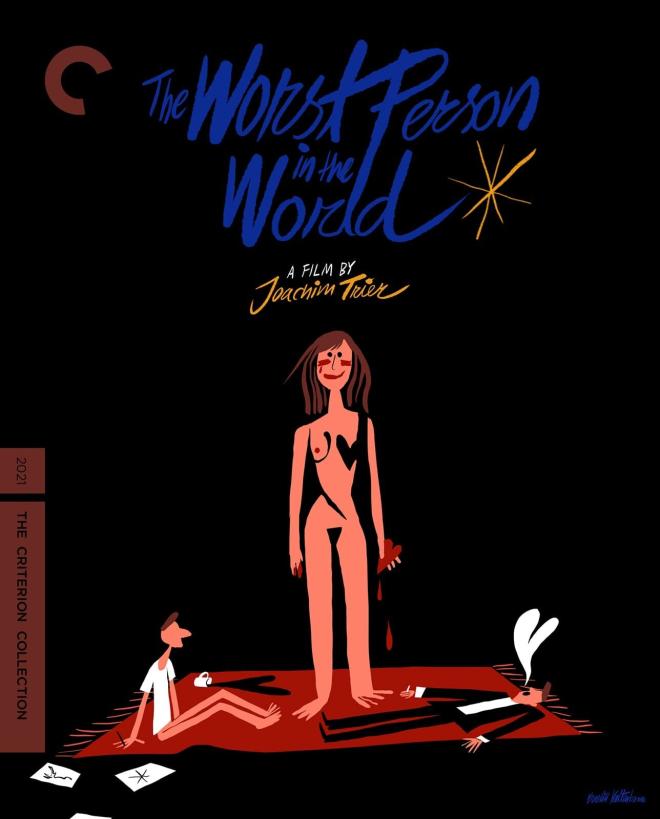 Renate Reinsve won the Best Actress prize at Cannes for the revelatory, complex performance that anchors this sprawlingly novelistic film by Norwegian auteur Joachim Trier, an emotionally intricate and exhilarating character study of a woman entering her thirties. Amid the seemingly endless possibilities of the modern world, Julie (Reinsve) vacillates between artistic passions and professions, the question of motherhood, and relationships with two very different men: a successful comic-book artist (Trier regular Anders Danielsen Lie) and a charismatic barista (Herbert Nordrum). Working with a team of longtime collaborators, Trier and his perennial cowriter Eskil Vogt construct in The Worst Person in the World, the Oscar-nominated third entry in their unofficial Oslo Trilogy, a liberating portrait of self-discovery and a bracingly contemporary spin on the romantic comedy.

• PLUS: An essay by critic Sheila O’Malley

All of these titles will likely be up for pre-order shortly and the website will be updated when they are available.