Comcast has announced an update for its X1 sports app. As part of the upgrade, users will now be able to access detailed stats during all sporting events.

The company first launched enhanced features for the X1 sports app during the Rio Olympics, offering quick access to coverage, athlete profiles, stats, and game information. And now, those advanced features will be available for all sports in the app, including support for the 2016-2017 NBA season. Basketball fans with the X1 sports app can now access pre-game stats like team rosters, player profiles, and conference standings. Likewise, users can also track real-time analytics during games, including player and team points, assists and rebounds, and detailed shot maps and scoring summaries. In addition, customers can view post-game analysis, including a full recap of both teams' performances. 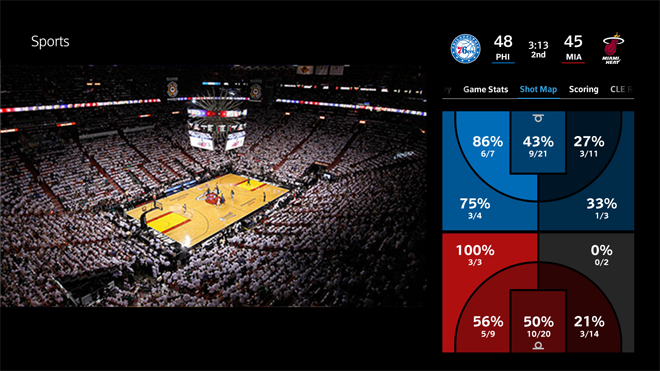 And beyond the enhanced analytics, Comcast is also adding voice search capabilities to the X1 sports app, allowing users to access player, team, and game-related stats and graphics through their voice remotes. For instance, customers will be able to simply say "Philadelphia Eagles Stats" and the information will pop up on the screen. Likewise, users can even ask for player comparisons to get helpful stats for their fantasy sports teams.

Comcast's updated X1 sports app is now available. Meanwhile, voice search for the sports app will launch in the coming weeks for football, and support will expand to basketball and hockey later this year.