Comcast is now testing Netflix integration through its X1 system.

Comcast has announced plans to roll out its Netflix Beta Program to X1 customers across the US. Through the Beta Program, Comcast users will be able to access their Netflix subscriptions directly through their X1 set-top boxes.

The Netflix Beta Program integrates Netflix streaming into Comcast's X1 platform, allowing customers to watch live, On Demand, DVR, and Netflix content all in one place. The X1 Netflix experience has been designed to take advantage of key X1 technical advances like universal search, natural language processing, IP stream processing, and a cloud-based infrastructure. In addition, the X1’s voice control has been expanded to support Netflix titles. Likewise, customers can also access the standard Netflix app through their set-top boxes as well.

Comcast's Netflix Beta program is rolling out now to X1 customers. Users will receive a message from Comcast when they have been added to the program, allowing them to opt-in through the "Comcast Labs" section on their X1 boxes. Customers who decide to test the new feature can then go to the Netflix app and log in with their info, or sign-up for Netflix directly through the X1. 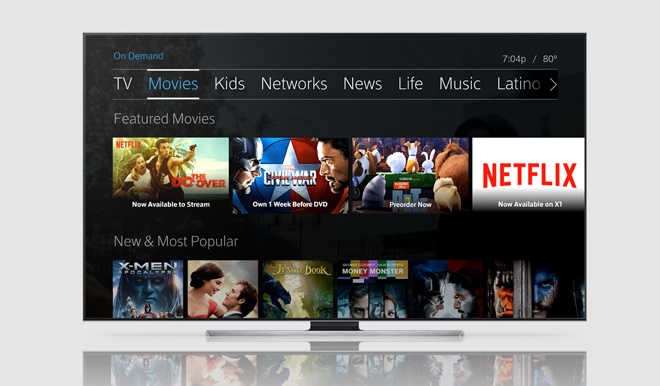