CBS All Access Subscription Streaming App Arrives on Xbox One

The streaming service is now available through Microsoft's Xbox One console.

CBS has announced the arrival of its CBS All Access subscription digital video streaming platform on the Xbox One. The service offers on demand and live CBS content, including upcoming original shows like 'Star Trek: Discovery,' a spin-off of 'The Good Wife,' and a new digital edition of 'Big Brother.'

"Overall, our subscriber base is spending more than half of their time streaming CBS All Access content on connected devices, and that increases to 75 percent when watching CBS All Access's live local TV feeds," said Rob Gelick, Senior Vice President and General Manager of Digital Platforms for CBS Interactive Entertainment. "Expanding the service to Xbox One gives CBS Television fans even more ways to watch their favorite programming on their device of choice." 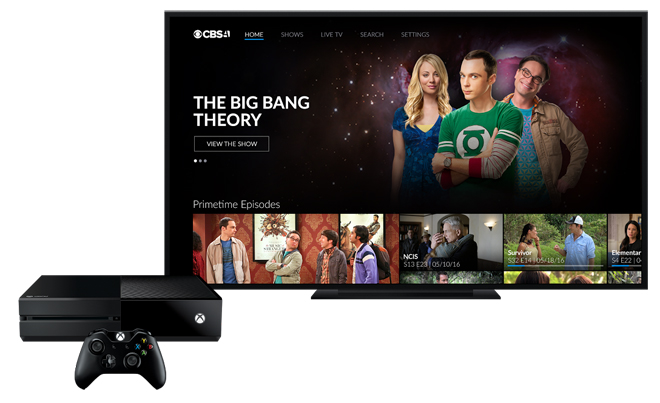 CBS All Access offers next day streaming for new episodes of many popular shows and a library of over 7,500 on demand episodes, including content from current programs like 'Limitless' and 'Elementary,' and classic series like 'Star Trek' and 'Cheers.' Likewise, customers in more than 150 markets across the US -- including New York, Los Angeles, San Francisco, Chicago and Philadelphia -- can watch live local CBS broadcasts through the app.