Another exclusive show has been announced for the subscription streaming service.

CBS has revealed plans to launch a spinoff of 'The Good Wife' on its CBS All Access streaming platform. The currently untitled spinoff is now the second original CBS All Access series to be unveiled, joining the previously announced 'Star Trek' show.

"Our original programming strategy for CBS All Access is data-driven and focused on exclusive, premium content that will continue to expand the value of our service to subscribers," said Marc DeBevoise, Executive Vice President and General Manager, CBS Digital Media. "'The Good Wife' is consistently one of our most-watched series across digital platforms, and this new series, with the incredible storytellers and marquee talent that have signed on, is a perfect addition to CBS All Access's premium original programming slate." 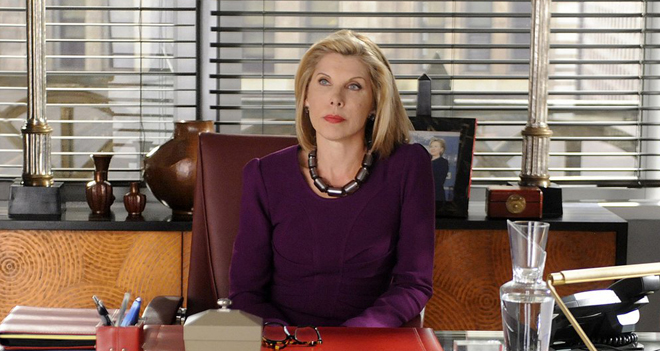 The spinoff will pick up one year after the events of the final episode of 'The Good Wife,' and will star Christine Baranski as the beloved "Diane Lockhart," the role which earned her six Emmy Award nominations. Baranski will be joined by Cush Jumbo as "Lucca Quinn," along with several new characters as the story evolves. Robert & Michelle King are on board as co-creators and executive producers along with Phil Alden Robinson ('Field of Dreams'). In addition, Ridley Scott, David Zucker, Liz Glotzer and Brooke Kennedy will also serve as executive producers. The show will be produced by CBS Television Studios in association with Scott Free Productions and King Size Productions.

"The quality of 'The Good Wife' has always rivaled anything on television and we’re excited to tell more stories with some of the brilliant characters Robert and Michelle King created," said David Stapf, President, CBS Television Studios.

An exact premiere date have not been announced yet, but 'The Good Wife' spinoff will launch in the spring of 2017 in the US exclusively through CBS All Access. A CBS All Access subscription currently costs $6 per month.