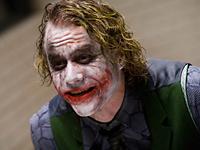 According to Batman-News.com, Christopher Nolan has confirmed while promoting his new film 'Dunkirk' that he's remastering his past films like 'The Dark Knight Trilogy' in 4K.

Nolan shared with BadTaste.it that he's personally involved with the 4K remastering process and noted that 4K + HDR brings home viewers closer to the 6K resolution his films were shot on, aside from the 18K IMAX scenes. Check out the video below: