Eleven 'Doctor Who' Christmas specials will materialize on Blu-ray in November, and you can pre-order the giftset now.

In an early announcement to retailers, BBC Home Video is preparing 'Doctor Who: Christmas Specials Giftset' for Blu-ray on November 24.

For the first time on one complete set, own every Christmas special from the new generation of Doctor Who. David Tennant, Matt Smith and Peter Capaldi all take starring turns in eleven exhilarating Christmas specials that set the Doctor rushing to save the world from an array of dastardly foes including the Master, the Cybermen and even Santa Clause himself. 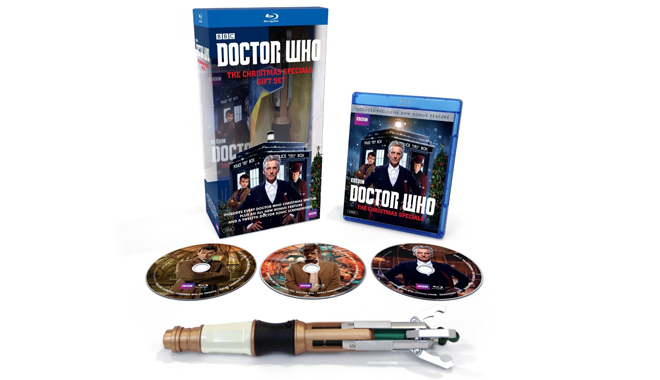 Specs have not been detailed yet, but supplements will include: Ten Christmases feature and a Twelfth Doctor Sonic Screwdriver toy.

You can find the latest specs for 'Doctor Who: Christmas Specials Giftset' linked from our Blu-ray Release Schedule, where it's indexed under November 24. 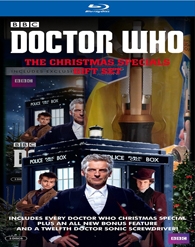 Discs mentioned in this article: (Click for specs and reviews)
Doctor Who: Christmas Specials Giftset (Blu-ray)