.   The hit 1997 romantic comedy will be getting a 4K upgrade with High Dynamic Range and Dolby Vision on December 13.

Julia Roberts, Dermot Mulroney, Cameron Diaz and Rupert Everett star in MY BEST FRIEND'S WEDDING, a high-spirited romantic comedy that serves up something wild, something new, something touching and something truly hilarious. Roberts dazzles as commitment-shy Jules Potter, who reluctantly realizes she is in love with her best friend Michael (Mulroney). There is just one catch: he's about to marry someone else. Comically crazed and full of devious plans, Jules will do anything to steal him back... except tell him the simple truth.

The 4K UHD Blu-ray edition does not include a standard Blu-ray, but it does have a Digital Copy. The release features Dolby Vision, Dolby Atmos, and NEW deleted scenes as well as an alternate ending. 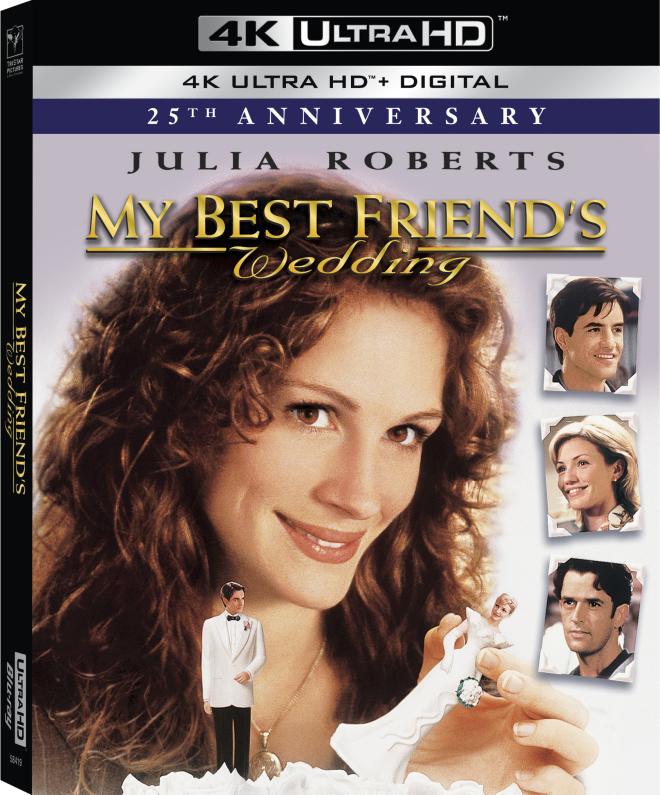 Here is the full press release: