The adventure based on a true story will journey to Blu-ray next month.

In an early announcement to retailers, 20th Century Fox will be releasing 'Wild' on Blu-ray on March 31.

From the director of Dallas Buyers Club (Jean-Marc Vallée), Wild recounts the reckless behavior of Cheryl Strayed (Witherspoon), who makes a rash decision to embark on a challenging trek across the Pacific Crest Trail. With absolutely no experience, she sets out to hike more than a thousand miles all on her own — in what becomes an unforgettable journey of transformation and redemption that strengthens and ultimately heals her.

The Blu-ray will feature 1080p video, a lossless 5.1 soundtrack, and supplements include: The Real Cheryl Strayed; The Real Location Is The Best Location; How Much Does A Monster Weigh?; The Pacific Crest Trail Interactive Map; Deleted Scenes – with Optional Commentary by Jean-Marc Vallée; Seven Promotional Featurettes; Audio Commentary by Jean-Marc Vallée, Bruna Papandrea and David Greenbaum; Experiencing the PCT: A Special Message From Cheryl Strayed; Theatrical Trailer; and Gallery.

You can find the latest specs for 'Wild' linked from our Blu-ray Release Schedule, where it is indexed under March 31. 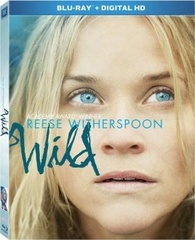