As reported by Variety, WarnerMedia has acquired the US streaming rights to Studio Ghibli's library of animated films for use on the company's new HBO Max streaming platform. The deal was struck with Studio Ghibli's North American distributor, GKIDS, and marks the first time that the Japanese animation studio's full catalog will be available for streaming in the US.

"Studio Ghibli films are visually breathtaking, completely immersive experiences," said Kevin Reilly, Chief Content Officer of HBO Max in a statement. "Exciting, enchanting, and deeply humanistic, these wonderful films have captured people's hearts around the world, and we are proud to showcase them in an accessible way for even more fans through HBO Max." 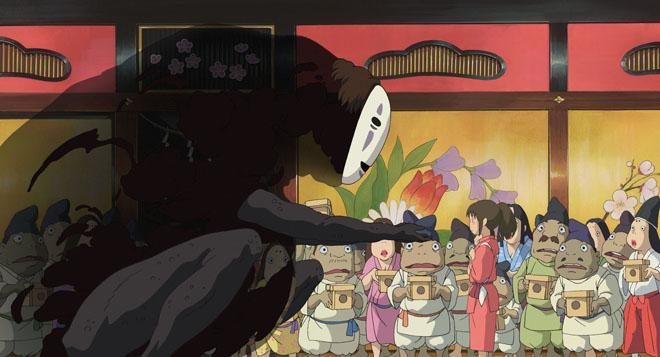 The agreement includes the rights to all 21 Studio Ghibli titles, and the majority of the catalog is expected to be available for streaming right away when HBO Max launches in spring 2020. Here's a full rundown of Studio Ghibli titles set to arrive on HBO Max:

"We are excited to be working with HBO Max to bring the complete collection of Studio Ghibli films to streaming audiences in the US. As a premium content brand, HBO Max is an ideal home for our films," said Koji Hoshino, Chairman of Studio Ghibli. "Upon launch of the service this spring, existing Ghibli fans will be able enjoy their favorites and delve deeper into the library, while whole new audiences will be able to discover our films for the first time."

In addition to Studio Ghibli films, the HBO Max streaming service will also offer access to HBO and an extensive collection of additional WarnerMedia programming and new exclusive Max Original shows and films. Other content deals announced so far for the platform include the exclusive streaming rights to catalog shows like Friends, The Fresh Prince of Bel Air, and Pretty Little Liars, along with the exclusive streaming rights to several new Warner Bros. produced dramas from The CW, including Batwoman and Katy Keene.

Likewise, the service also has exclusive movie production deals with Greg Berlanti and Reese Witherspoon, with Berlanti slated to produce an initial four movies and Witherspoon set to produce at least two films. Meanwhile, Max Originals currently in the works include a Dune series, a Gremlins animated show, and more.

Though pricing and supported devices have not been confirmed yet, HBO Max is set to launch in Spring 2020 with 10,000 hours of content.