It's been a busy month for the Xbox One console family. First, a massive system update -- aka the Fall Update -- went wide on October 16th for the One and One S. And, of course, the Xbox One X (full review here), released just last week on November 7th in both standard and Project Scorpio flavors.

The Fall Update brought lots of great changes to the Xbox One S, namely that the UI and dashboard became spry, even on the older models. Unfortunately, several users reported 4K Ultra HD Blu-ray black levels were dramatically changed as a result of the update. Such issues included credits scenes for 4K Ultra HD Blu-ray discs -- like Alien: Covenant and Blade Runner: The Final Cut -- wherein, dark areas of the screen were outputting too brightly, resulting in an image that was more grey than black or dark grey. These discs had previously played back fine. Regular Blu-rays of the same films were not affected before or after the update.

At the time the Fall Update was released, I was in the middle of re-evaluating the Xbox One S as a 4K Ultra HD Blu-ray player, so I set out to experience the new problem for myself. As it turned it out, however, the black level issue did not affect every Xbox, including my One S, which was running standard (non-insider, non-Beta) updates. I was able to ascertain by following up with users who did have the problem that it greatly affected non-HDR 4K sets.

With the release of the One X, more black-level-problems reports have become public, including here at Forbes, but this time HDR sets are also being affected. This issue hasn't affected my loaner Xbox One X, although there have been numerous system and Blu-ray app updates over the last three weeks. After doing a spot-check of The Martian: Extended Edition 4K Ultra HD Blu-ray today using a standard Xbox One X with a Samsung QN65Q7F and Marantz SR6011, using both Game Mode and Standard, there were no issues with the picture or the Atmos sound.

Fortunately, for anyone suffering from poor Xbox black levels, Microsoft has already announced that a planned update is "coming very soon."

Forbes reported that Insiders (via beta system updates) have already received the fix along with the corollary improvement in black levels to the pre Fall Update state. Hopefully, with this fix in the works, all Xbox One owners will again have the contrast and black level performance expected of 4K Ultra HD Blu-ray players, and that no future update cause the problem to return.

As to why the black level issue is affecting a subset of users and not the whole, we have reached out to Microsoft and will update this article with any subsequent answers. 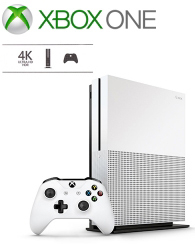 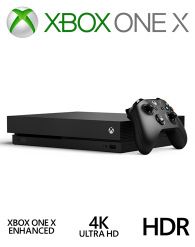