"The Movie of the Day app is a super convenient way for consumers to access the movies they love at the touch of a button," said Mary Daily, President and Chief Marketing Officer, Worldwide Marketing, Twentieth Century Fox Home Entertainment. "The app gives movie lovers access to an amazing array of movies every day at a great price." 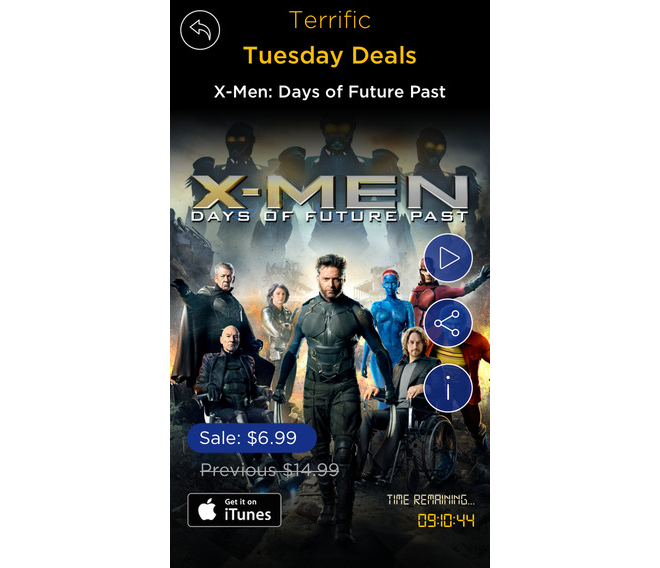 With the Movie of the Day app, iPad and iPhone users will be given access to a special Digital HD flash sale every day. The discounted movie will be available for a 24-hour window at up to 70% off its retail price. Titles planned for the app include hit franchises and classics like 'Alien,' 'Die Hard,' 'Ice Age,' 'Planet of the Apes,' 'Rio,' and 'The Sound of Music.' To kick off the launch of the app, Fox is currently offering 'X-Men: First Class' for $6.99. Future titles will be on sale for $4.99 to $9.99. The app also provides video clips, plot details, cast and crew information, and reviews for each movie. Purchased titles will be added to the customer's iTunes library.

Twentieth Century Fox's Movie of the Day app is now available for download on iPads and iPhones in the United States, United Kingdom, Australia, Germany and France. Support for more devices and markets has not been announced.