Top 10 Romantic Movies on iTunes to Watch on Valentine's Day

Valentine's Day is right around the corner, giving couples everywhere the perfect excuse to snuggle up on the couch with a bottle of wine and a great movie on TV.

And if you're looking for the ideal flick to watch this year, iTunes has got you covered with a delightful collection of romantic films available to purchase or rent right now, offering you and your significant other a wide variety of viewing options tailor-made for a lovely date night basked under the warm glow of a 65-inch 4K display.

From clever contemporary rom-coms to bittersweet romantic dramas, these are our picks for the Top 10 Romantic Movies on iTunes to Watch on Valentine's Day... 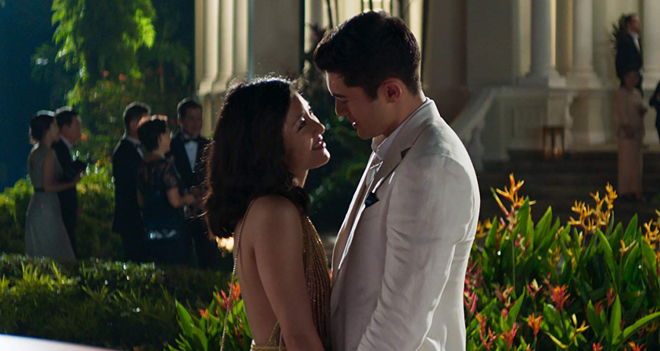 Crazy Rich Asians - More than a welcomed advancement toward more diverse representation in Hollywood, Jon M. Chu's adaptation of Kevin Kwan's best-selling novel is simply a wonderful contemporary rom-com pure and simple. Filled with splashy visuals and heartfelt characterizations, the film adheres to familiar genre beats but manages to execute them all with wit, charm, and an appropriate amount of glitzy excess -- allowing couples to enjoy the characters' extravagant lifestyle from the comfort of their sofa. 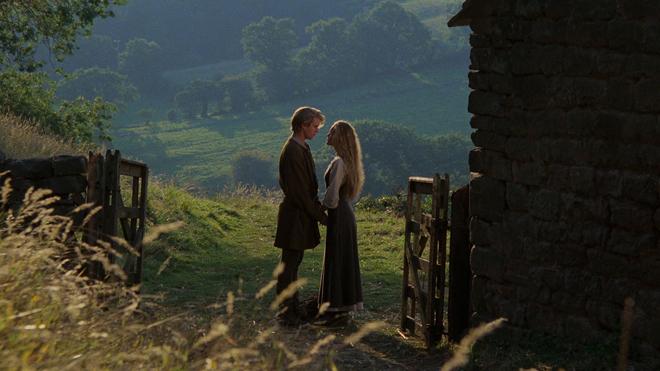 The Princess Bride – A quintessential postmodern fairy tale, Rob Reiner's The Princess Bride remains an endearing blend of sweet romance, exciting adventure, and clever humor -- all told through a story within a story by a grandfather to his grandson in order to impart one very essential lesson: "Never get involved in a land war in Asia." Also, "true love is the greatest thing in the world." Both are equally important takeaways. 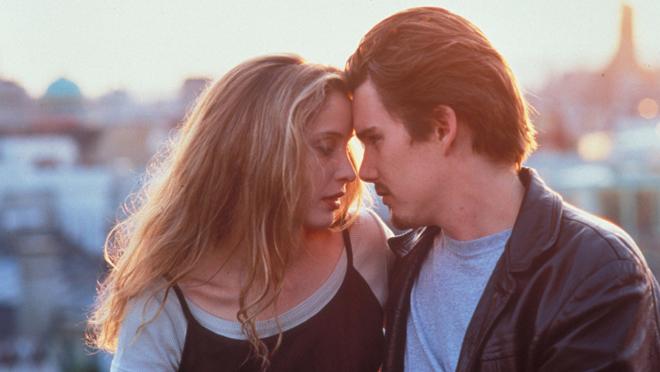 The Before Trilogy – Focused on one couple through three distinct yet irrevocably linked phases of their life, Richard Linklater's Before Trilogy creates an overarching cinematic conversation about relationships. Over a collective span of 27 years, viewers watch Jesse and Celine meet, reconnect, and then struggle with domesticity -- creating a stirring and palpably romantic examination of passing time and evolving love through the beautiful streets of Vienna, Paris, and Greece. 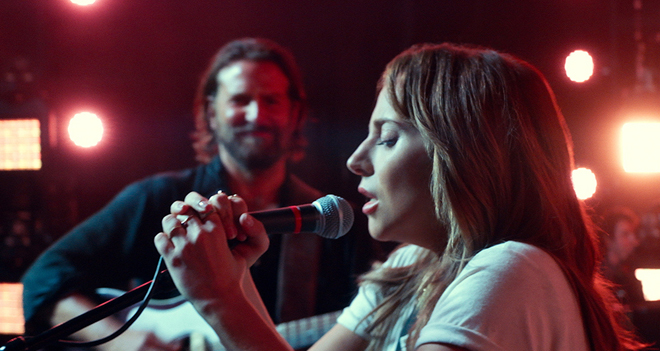 A Star is Born – After three previous Hollywood versions of the same story, one might think the basic premise here would have already been milked for all it's worth. Thankfully, director Bradley Cooper thought otherwise. A powerful story about love and fame, the movie constructs an affecting, raw, and tragic relationship played beautifully by Cooper and star Lady Gaga -- who come together to create some truly captivating and gut-wrenching music together. 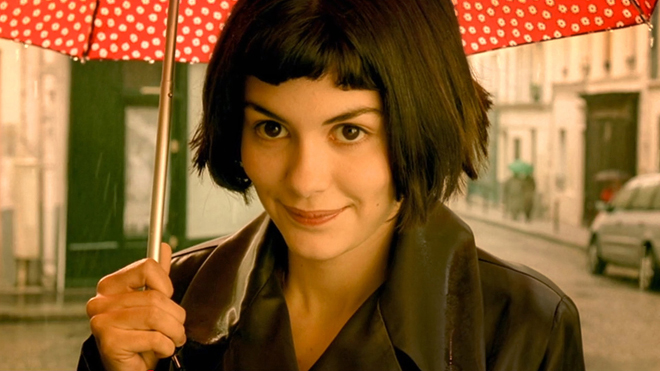 Amelie – One of the most infectiously enjoyable films ever made, Jean-Pierre Jeunet's quirky French fantasy is a candy-colored celebration of romance. Fueled by an explosion of vibrant cinematic eccentricity playfully hidden behind a coy smile, the movie becomes a modern day fairy tale about lonely dreamers finding love. Even the most jaded of viewers eventually succumb to its charms, revealing a film so unashamedly sugary it's likely to give you and your significant other a toothache. 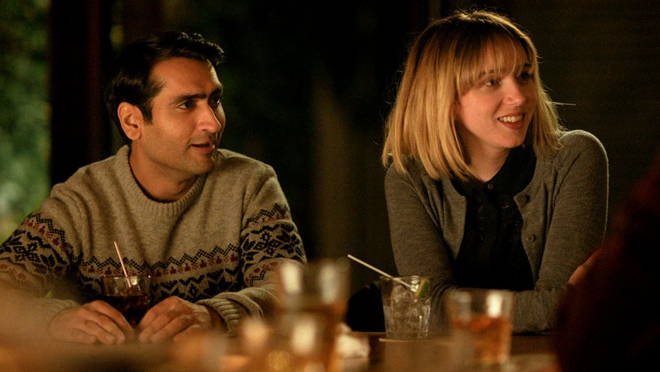 The Big Sick – With their script for The Big Sick, writers Emily V. Gordon and Kumail Nanjiani adapt their own real-life love story into a wonderfully entertaining and emotional romantic comedy -- signaling the arrival of a fantastic new voice for the genre. As cultural divides and unexpected illness band together to thwart the movie's central relationship, the filmmakers deftly reveal how tragedy can bring us together and force us to confront our true feelings -- all without ever losing a sharp sense of humor. 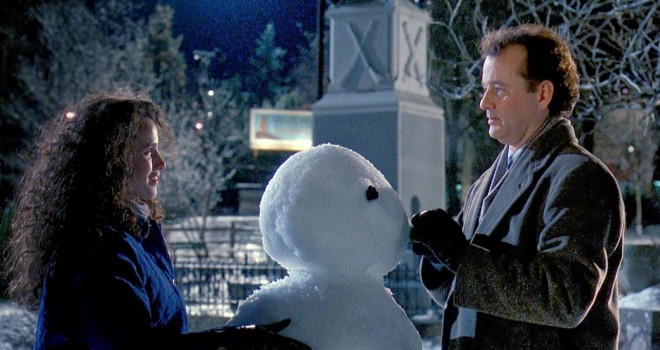 Groundhog Day – Harold Ramis' high-concept comedy about a man reliving the same day over and over continues to be an enduring date movie staple and one of the best examples of the rom-com genre done right. As a selfish jerk given the chance to become a better person, Bill Murray's performance blends just the right amount of caustic wit and burgeoning compassion, allowing the character to fully earn his chance at love. Funny, heartfelt, and genuinely clever in its premise, this is a film that remains infinity re-watchable… over and over again. 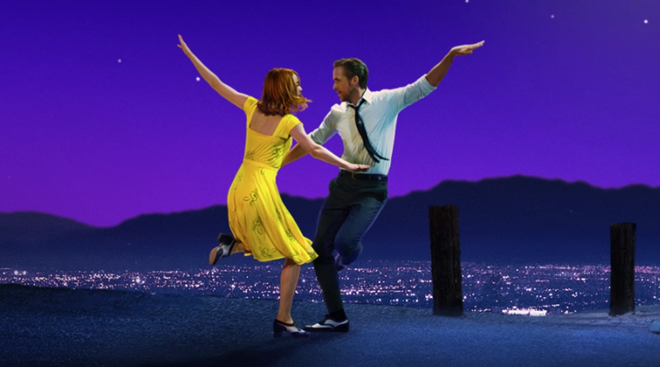 La La Land – A bold, colorful love letter to classic Hollywood musicals, La La Land both celebrates and deconstructs the unrealistically perfect romance of big-screen spectacles. Through gorgeous production designs and wonderfully choreographed song and dance numbers, the movie presents a charming tale about "the fools who dream." Marked by a decidedly bittersweet subversion of the genre's typical happy ending, the film is both incessantly joyful and quietly devastating. 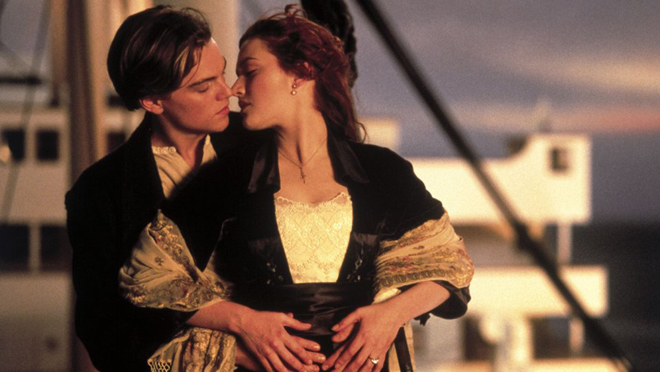 Titanic – An epic romance set amidst the backdrop of one really big boat, James Cameron's massive blockbuster is really just a simple love story at heart. Rose and Jack have become an iconic silver screen couple, resulting in a tragic tale of youthful passion with a tear-jerking conclusion that is still likely to leave viewers weeping … and screaming at their TVs about how there was clearly enough room on that damn floating door for both of them! 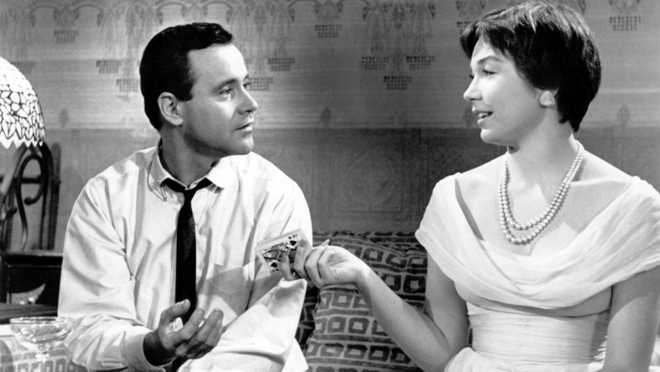 The Apartment – Through the simple tale of a lonely "schnook" who learns how to be a real "mensch," legendary director Billy Wilder comes away with one of the most influential romantic dramedies ever made. Led by a seamless mixture of pathos and humor, and effortless chemistry between stars Jack Lemmon and Shirley Shirley MacLaine, the movie feels just as fresh today as it did when first released nearly 60 years ago. A masterpiece of the genre through and through, the film comes about as close as any to answering that lingering question we all ask ourselves at one point or another... "Why do people have to love people anyway?"

So there you have it, those are our picks for the Top 10 Romantic Movies on iTunes to Watch This Valentine's Day. What do you think of our selection? Will you be cozying up on the couch to watch any of these flicks with your significant other? Do you have recommendations for other great romance movies? Let us know your thoughts in the forum!