Brad Bird's new film, 'Tomorrowland', opens in cinemas worldwide this weekend. Co-written by Damon Lindelof and inspired by on Walt Disney's personal archives, 'Tomorrowland' is a science fiction adventure about a teenage girl (Britt Robertson) who teams up with a former boy-genius (George Clooney) to unlock the mysteries threatening Tomorrowland, a futuristic world only a select chosen are invited to see when they are given a magical pin from the 1964 world's fair. 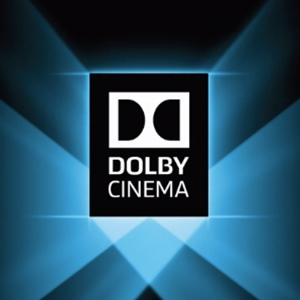 Three Dolby Cinema installations are opening this week as part of a partnership with AMC Theatres. Dubbed Dolby Cinema at AMC Prime, the premiere locations include the AMC BarryWoods 24 in Kansas City, MO; the AMC Deerbrook 24 in Humble, TX; and the AMC North Point Mall 12 in Alpharetta, GA. 100 more of these partnership auditoriums are slated to open by 2024.

Also, while the theatre itself is not a full Dolby Cinema, the historic El Capitan Theatre in Hollywood, CA will be showing 'Tomorrowland' in Dolby Vision and Dolby Atmos. In fact, that's where I screened the film.

I'll leave the full review to our resident theatrical critic. Yet, for my two pennies, 'Tomorrowland' is a beautifully produced, ambitious adventure brimming with big ideas and interesting characters...that I was ultimately unable to connect with fully on an emotional level. Individual set-pieces prove well placed and thrilling. Britt Robertson and George Clooney are quite good. The effects work, for the most part, is exceptional.

Yet, the set-pieces are a little repetitive, the characters easily overcome too many obstacles (lower perceived stakes), the world building in Tomorrowland itself ultimately feels ignored, and I would humbly argue that the story revolves too much around the "most of the characters know what's happening, but aren't telling the chosen one to keep it a secret for the audience" structure. It's not bad, but its not great.

Minor caveat: I feel a little handicapped in my ability to judge 'Tomorrowland' in Dolby Vision because I have not seen Tomorrowland's standard color grading outside of trailers. Meaning, we'll need further testing and demos before deciding if Dolby Vision trumps all other projection systems and is declared the future of cinema. Cool? Cool.

That said, I'm impressed so far and can't wait to do more testing, comparisons, and see where filmmakers take their work in this format.

I would say Dolby Vision has a similar effect to the first time you saw a Plasma HDTV (in proper lighting conditions) after owning a dull LCD display. It offers deep, inky black levels with shadow details intact, gobs of resolution, a wide gamut of saturated colors, and crisp bright areas (details also intact). The presentation was lifelike and sparkling -- like looking into Brad Bird and cinematographer Claudio Miranda's imaginations.

Pay special attention to a scene where George Clooney is not only backlit by the sun, but where the sun is also in the frame. Many movies would crunch the shadows, hiding Clooney's face completely. In Dolby Vision, you can still glimpse Clooney's face and all the details despite the harsh sunlight. Also, note the endless, properly exposed blue skies even when buildings and other real world locations are in shadow. It's rare in the modern era. Lastly, in nightime sequences, like the insdie of Clooney's house or the Eiffel Tower sequence, there are tons of bright colors and dark shadows where you can still see details. Great stuff.

Without reservation, 'Tomorrowland' has an exemplary Atmos sound mix that begins right from the futuristic Disney logo as a man in a jet back zooms from left to right across the screen and then over our heads. The rest of the film's many set-pieces are a demo reel of what you can do with Atmos. Pin-pointed character voices in the surrounds. Orchestral score enveloping the room. Explosions and rocket engines roaring overhead and all around.

Pay special attention to the sequence inside George Clooney's house (a truncated version was used as one of the trailers) where futuristic weapons and booby traps are deployed repeatedly, playing out in perfect relation to camera POV. It's a terrific sound mix, and should make for an exemplary home audio experience (assuming Disney adopts object-based mixes for Blu-ray or Digital).

Behind the Scenes of Dolby Cinema

Want to learn a little more about how the filmmakers used Dolby Vision and Dolby Atmos to make Dolby Cinema the best way to see 'Tomorrowland'? Check out this behind-the-scenes video with filmmaker Brad Bird:

Tomorrowland and the Dolby Cinema Experience from Dolby Laboratories on Vimeo.

The next Dolby Vision title will be Disney/Pixar's 'Inside Out', which opens here in the states on June 19. A few more Dolby Cinema at AMC Prime auditoriums should be open by then, including two more in Los Angeles. And, later this year, Dolby Vision will forge its way into the home cinemas with Vizio's Reference Series of Ultra HD Displays, though I'm not sure when content like 'Tomorrowland' will be available. I'm sure we'll find out shortly.

While 'Tomorrowland' may not have made me feel like a kid again (a hard thing to do a week after 'Mad Max Fury Road' upped the action cinema bar), I applaud its lofty ideas and breathtaking filmmaking. Also, Dolby Atmos is still king of theatrical surround sound, and Dolby Vision is off to a great start.

Near any of the Dolby Cinema locations and planning to see 'Tomorrowland'? Planning to by a Dolby Vision enabled display? Let us know in the comments below or in our forums.