"Another world… another time…"

Get ready to return to the mystical world of Thrall in a big way! 2018 is turning into one hell of a celebratory year for Jim Henson and Frank Ox's seminal fantasy creature feature The Dark Crystal. After years of development, the film was released in the winter of 1982 and completely revolutionized puppetry and creature films for the next decade. Few people are aware of the fact that so much practical creature effects were conceived and invented just for this film.

35 years after it's original theatrical release, The Dark Crystal has remained a classic and a childhood favorite of this writer. I was all of five months old when my parents took me and my older sister to see it in theaters. I may not remember that first viewing but it was one alongside Labyrinth that we would routinely watch until the sad day when a tape rewinder ate it (insert sad tears here). Now, Sony Pictures and the Jim Henson Company are set to bring The Dark Crystal back to theaters courtesy of Fathom Events with a fresh new 4K Restoration with a Dolby Atmos soundtrack that looks and sounds better than ever.

I recently got to chat with Lisa Henson, CEO of the Jim Henson Company about the return to the land of Thrall and upcoming Fathom Event screenings of The Dark Crystal on February 25th and 28th and March 3rd and 6th.

"It's exciting that people can see it on the big screen on those two days and the restoration looks amazing as well. This is a film that if there is one thing that everybody appreciates about this film is the level of details. The detail in the sets, the detail in the costumes, and in the puppet builds - the way that they were built. the greater definition of the restoration really makes it possible to see all those details as well as when it's on the big screen."

As many of you are aware I'm a big fan of practical creature effects as they were a big part of my cinematic upbringing as were the numerous creations of Jim Henson's creature factory. So naturally, I had to gush a little about the critters that populate The Dark Crystal. To which, Lisa offered up a great amount of insight into the vast array of creatures found in the film and how Jim Henson, Frank Oz, and artist Bryan Froud brought them to life.

"It's such a handcrafted production I think particularly as people associate to seeing CG, and CG has amazing details as well, they can't really be compared, but what you see in The Dark Crystal is the handy work of people who can really sculpt and sew and punch individual hairs into puppets. It's the handmade quality of everything that jumps out.

There are no two things that are the same in that world. Also, think about in making such a large film with such large sets, the sets were populated with props and set dressing that had to be made completely for the world because you couldn't go out and rent props that would fit in The Dark Crystal.

The amount of art department creativity that you see on the screen along with the puppet building and puppet sculpting and the performances I hope people look at it and think about of artistry that went into creating that production." 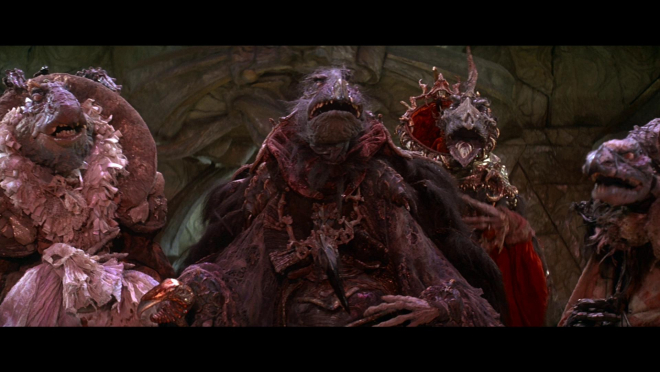 On top of the intricate world-building and fantasy character design that artist Brian Froud and Jim Henson and Frank Oz brought to life, you also need to take a step back and appreciate the fact that this was the first film to utilize cable-operated creatures and puppets. Prior to the interview, I was given an opportunity to screen the new short retrospective featurette that will be available on the new Anniversary Blu-ray and 4K UHD Blu-ray releases called The Dark Crystal: The Myth Magic and Henson Legacy. This featurette may not be very long, but it covers a ton of ground. I was amazed to learn that for certain scenes featuring the Skeksis as many as six to eight men were required to hold, move, and operate a single creature.

"This film enjoyed years of development. They experimented for years before they even had a script. All of that could be done more simply now, but in those days those puppets could be incredibly heavy. it was back-breaking work to perform some of those characters. If you think about the guys on stilts for the Landstriders or in the case of the Mystics somebody walking around in a crouch with their hands over their head literally breaking their backs, there's amazing contortions puppeteers work in addition to the puppetry technology and the invention of creature animatronics that was occurring on this film.

This movie comes right at the beginning of all that creature animatronics work that we saw throughout the 80s. We started our creature shop right after this film wrapped. It wasn't just Henson films that had that, we were putting puppets into Star Wars, Little Shop Of Horrors - there were probably a decade's worth of amazing animatronic creature films that all kind of came out of this early development on The Dark Crystal."

Now that the film has undergone a full 4K restoration and is about to return to theaters February 25 and 28th followed by a 4K UHD Blu-ray and Aniversary Edition Blu-ray release on March 6th, I was able to view a stream of the new restoration. Unfortunately, it wasn't uncompressed nor did it enjoy an HDR kick, but just looking at my old Blu-ray, the improvements in detail clarity and color were noticeable. I honestly can't wait to spin the 4K UHD Blu-ray. Here is what Lisa had to say about the picture and audio restoration:

"I can't really speak to the restoration, my brother worked more closely with that and the team was amazing. When I watched the restoration with them they pointed out some of the highlights of what worked particularly well. I wouldn't say that they had difficulty with it, but there are a couple of shots that still look crude, but those were the shots that looked crude from the beginning which were the old optical shots. Shots like where you have the three suns coming together outside the window, there was really nothing to restore there, it was a crude shot to begin with. But in general, the image is so beautiful and the image particularly brought a brilliance to the light and the crystal that is quite outstanding. I'm glad to hear you're fans of Atmos because it sounds amazing. I feel like the sound is so important particularly for like the forest scenes. We weren't in the forest. We were on a soundstage, the sound is what convinces you that you are in the forest." 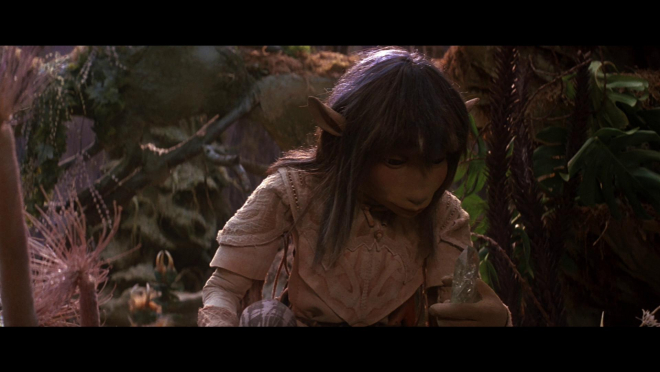 On top of the film enjoying a fresh new 4K restoration and theatrical re-release, The Dark Crystal will also be taking over your Netflix account late this summer with the 10-episode series The Dark Crystal: Age of Resistance. Naturally, I had to express my excitement over the project in hopes of gleaning a little bit of info about the new show.

"Oh, you think you're excited? We are so excited! I can't speak much to the Netflix series but what I can say is that they challenged us at the outset "can we make a television series that looks like the film?" and it does and we are and I think the fans are going to be really excited by that."

While that may not have been a lot of new information about the show or where it's going, but it's something to get excited about none the less as Lisa and the rest of the Jim Henson Company have set the bar high for themselves to bring a first-rate production to Netflix. 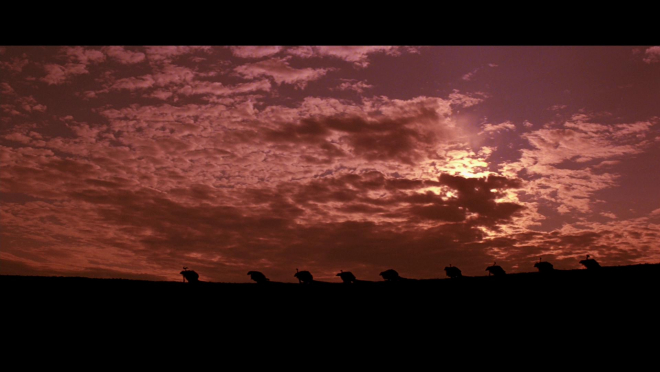 If you're a fan of The Dark Crystal, this is an exciting time to be a fan of one of the greatest, most intricate creature features ever committed to film. I personally can't wait to get a look at the 4K UHD Blu-ray release, but I'm very happy and excited to see one of my favorite movies coming back to theaters.

For those of you who are interested in delving a little deeper into the world of Thrall, Lisa and the Jim Henson Company has been doing a terrific job expanding the universe of the film with a series of graphic novels. If you didn't know they existed or haven't read them, I strongly encourage you to take a look at them - you can pick up the first collection Jim Henson's Power of the Dark Crystal Vol. 1. It's well worth a read!

Pre-order The Dark Cyrstal Special Edition Blu-ray HERE and the 4K UHD Blu-ray HERE. OR check out The Dark Crystal on the big screen and be sure to pre-order your tickets for the Fathom Events screenings on February 25 and 28th or March 3rd and 6th HERE. See you at the show!