The network's shows will be available to stream for free on several media players.

The CW has announced plans to expand its free streaming app to more devices. Starting next week, every show on The CW will be available on Roku, Chromecast, AirPlay, Apple TV, Xbox, and Amazon Fire TV.

Full details for the new apps have not been announced yet, but CW content will be available to stream free of charge and without a pay-TV cable or satellite subscription. With that said, the service is expected to be supported by ads. Current CW shows include programs like 'Supergirl,' 'The Flash,' 'Jane The Virgin,' 'Arrow,' 'Crazy Ex-Girlfriend,' 'iZombie,' 'Supernatural,' 'DC's Legends of Tomorrow,' 'The 100,' and 'The Originals.' Likewise, the service will also offer trailers and exclusive digital-only content. In addition to the upcoming big-screen app platforms, CW streaming is already available through the web and iOS and Android mobile devices. The app is now expected to become the exclusive streaming home for current season episodes of CW shows. 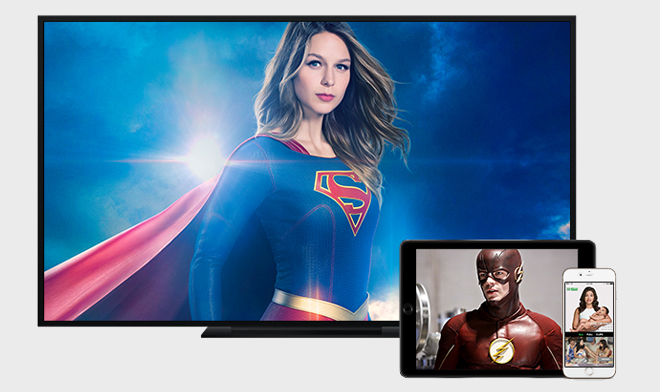 Beyond its own streaming app, The CW also recently announced a new multi-year content licensing agreement with Netflix. As part of the deal, Netflix will remain the exclusive US streaming home for previous seasons of The CW Network's shows. The agreement begins with the 2015-2016 broadcast season, and coverage includes all current CW series, along with all future programs produced for the network during the term of the deal. In addition, starting with the 2016-2017 season, the partnership will allow Netflix users to stream full seasons for covered programs beginning eight days after each show's season finale.

An exact launch date for the new CW streaming app has not been announced, but the service is expected to go live next week.