After a robust and busy November, The Criterion Collection slows things down a tad with their December 2021 release slate. 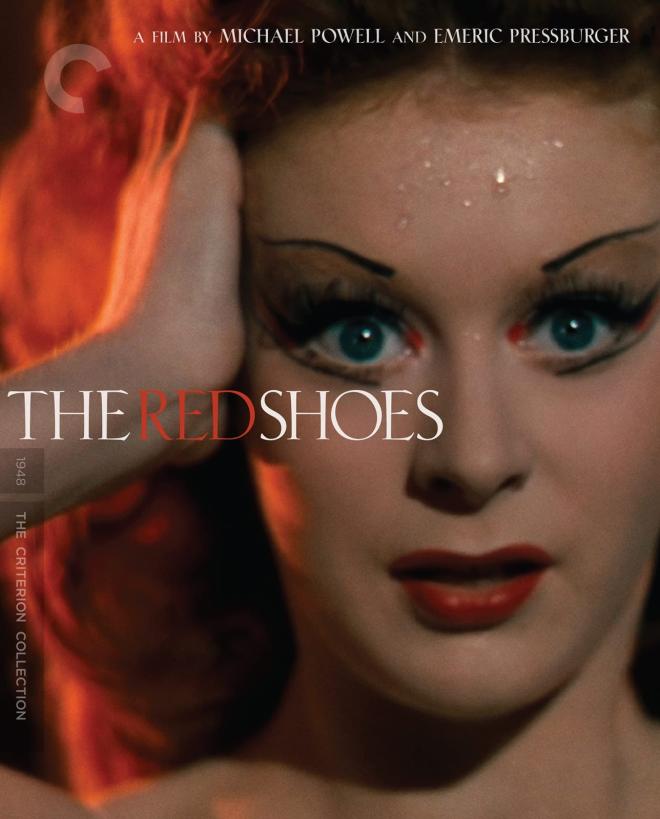 The Red Shoes, the singular fantasia from Michael Powell and Emeric Pressburger, is cinema’s quintessential backstage drama, as well as one of the most glorious Technicolor feasts ever concocted for the screen. Moira Shearer is a rising star ballerina torn between an idealistic composer and a ruthless impresario intent on perfection. Featuring outstanding performances, blazingly beautiful cinematography by Jack Cardiff, Oscar-winning sets and music, and an unforgettable, hallucinatory central dance sequence, this beloved classic, dazzlingly restored, stands as an enthralling tribute to the life of the artist.

• 4K digital transfer from the 2009 restoration, with uncompressed monaural soundtrack on the Blu-ray
• One 4K UHD disc of the film presented in Dolby Vision HDR and one Blu-ray with the film and special features
• Introductory restoration demonstration featuring filmmaker Martin Scorsese
• Audio commentary from 1994 by film historian Ian Christie, featuring interviews with actors Marius Goring and Moira Shearer, cinematographer Jack Cardiff, composer Brian Easdale, and Scorsese
• Profile of “The Red Shoes,” a 2000 documentary on the making of the film, featuring interviews with members of the production team
• Interview with director Michael Powell’s widow, editor Thelma Schoonmaker Powell, from the 2009 Cannes Film Festival
• Audio recordings from 1994 of actor Jeremy Irons reading excerpts from Powell and screenwriter Emeric Pressburger’s novelization of The Red Shoes and the Hans Christian Andersen fairy tale “The Red Shoes”
• Publicity stills and behind-the-scenes photos
• Gallery of memorabilia from Scorsese’s collection
• The “Red Shoes” Sketches, a 1948 animated film of Hein Heckroth’s painted storyboards, with the Red Shoes ballet as an alternate angle
• Trailer
• English subtitles for the deaf and hard of hearing
• PLUS: An essay by critic David Ehrenstein and a description of the restoration by UCLA film archivist Robert Gitt

Next, Regina King adapts Kemp Powers hit play One Night In Miami - arriving December 7th. This looks to be a Blu-ray only release at this time, but if Uncut Gems proves anything (beyond impressive Adam Sandler's acting chops) it's that release plans can change very suddenly and for the better. 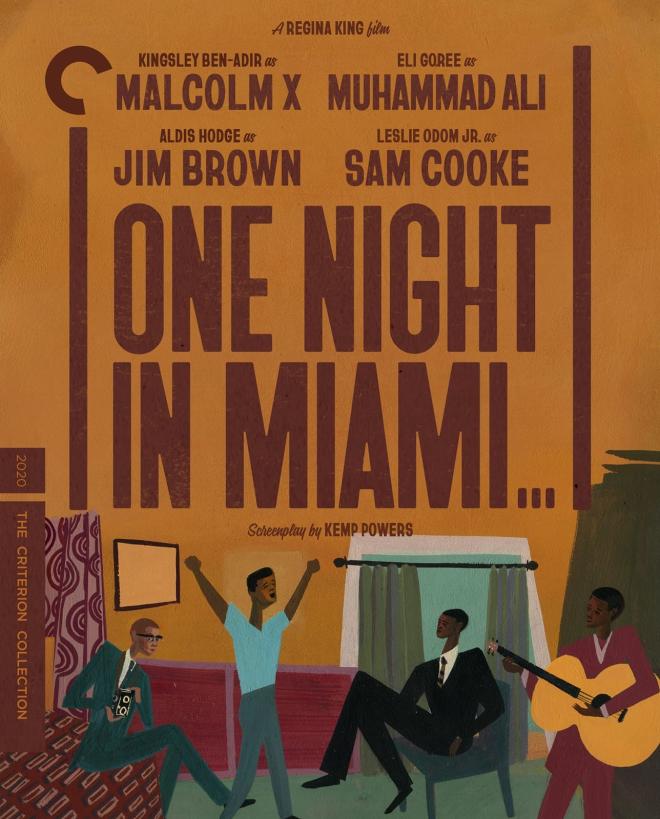 Adapted by Kemp Powers from his acclaimed play, the feature directorial debut of Academy Award–winning actor Regina King puts viewers in a room with four icons at the forefront of Black American culture as they carouse, clash, bare their souls, and grapple with their places within the sweeping change of the civil rights movement. February 25, 1964, has gone down in history as the day that the brash young boxer Muhammad Ali (then known as Cassius Clay) defeated Sonny Liston, but what happened after the fight was perhaps even more incredible: Ali, civil rights leader Malcolm X, NFL great Jim Brown, and “King of Soul” Sam Cooke all came together at a Miami motel. Electric with big ideas and activist spirit, One Night in Miami . . . plunges us into the midst of an intimate, ongoing conversation—and a defining moment in American history.

Last up for the month, The Criterion Collection will be giving 1969's The Learning Tree its deserved place on Blu-ray with a December 14th release date. 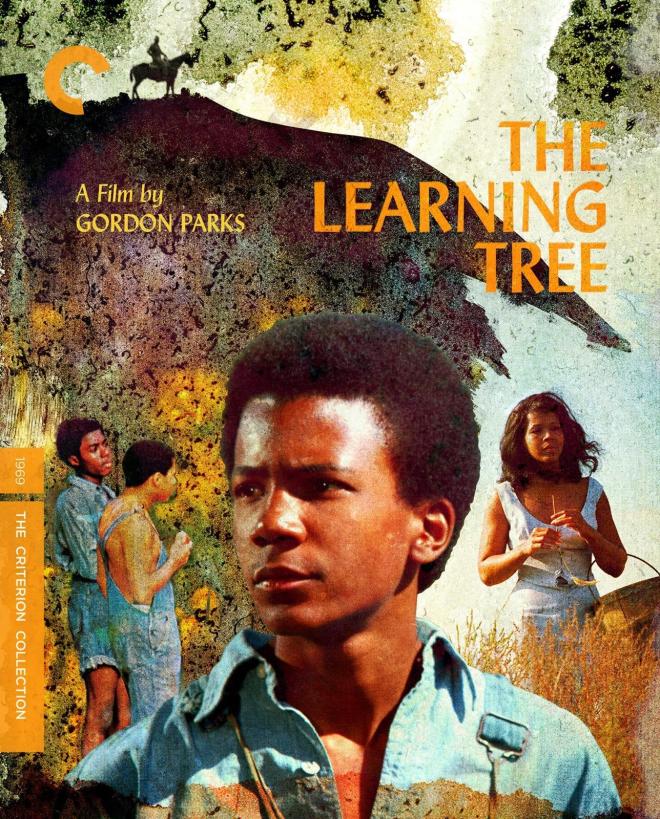 With this tender and clear-eyed coming-of-age odyssey, the renowned photographer turned filmmaker Gordon Parks not only became the first Black American director to make a Hollywood studio film, he also served as writer, producer, and composer, resulting in a deeply personal artistic achievement. Based on Parks’s own semi-autobiographical novel, The Learning Tree follows the journey of Newt Winger (Kyle Johnson), a teenage descendant of Exodusters growing up in rural Kansas in the 1920s, as he experiences the bittersweet flowering of first love, finds his relationship with a close friend tested, and navigates the injustices embedded within a racist legal and educational system. Exquisitely capturing the bucolic splendor of its heartland setting, this landmark film tempers nostalgia with an incisive understanding of the harsh realities, hard-won lessons, and often wrenching moral choices that shape the road to self-determination of the young Black man at its center.

• New 2K digital restoration, with uncompressed monaural soundtrack on the Blu-ray
• New documentary on the making of the film, featuring artist and critic Ina Diane Archer, curator Rhea L. Combs, and filmmakers Ernest R. Dickerson and Nelson George
• New conversation, moderated by film scholar Michael B. Gillespie, between artist Hank Willis Thomas and art historian Deborah Willis about the influence of director Gordon Parks
• My Father: Gordon Parks (1969), a documentary made on the set of The Learning Tree, narrated by Gordon Parks Jr., and featuring interviews with Gordon Parks Sr. and members of the cast and crew
• Diary of a Harlem Family and The World of Piri Thomas, two 1968 films on which Parks played creative roles, with a new introduction by Combs
• Unstoppable (2005), a documentary featuring producer Warrington Hudlin in conversation with Parks and filmmakers Ossie Davis and Melvin Van Peebles
• Trailer
• English subtitles for the deaf and hard of hearing
• PLUS: “How It Feels to Be Black,” a 1963 Life magazine photo-essay by Parks, and an excerpt from the director’s 2005 book A Hungry Heart: A Memoir

That's it for this month - some great movies in the pile for sure. And, given that this last quarter appears to be a very fluid release frame with multiple street date changes already, if anything comes up with Criterion's December 2021 slate we'll update our listings ASAP.

These aren't yet up for pre-order but we expect them to be soon.

Thanks again for your pre-orders. They really do go a long way towards helping a little operation like ours keep going.