If you missed out on Turbine Medien's excellent 4K Ultra HD Blu-ray SteelBook releases, fear not, now you can get all of the same great content and artwork in new deluxe Mediabook packaging!

Now the good news for you collectors out there that already picked up the SteelBook Slipcase editions from last year, there's nothing new here to force you into making another purchase of Tobe Hooper's horror classic. You're getting the same great Dolby Vision transfer with the same great Atmos and Auro 13 audio tracks and 65-page booklet (in German), with extra discs of bonus content. Read our review here

With that - Second Sight and Dark Sky Films will also have their own releases of Tobe Hooper's The Texas Chain Saw Massacre later this year. We aim to review those as soon as they're available - but this release is a very good option. The Dolby Vision transfer sourced from the original 16mm negative is first rate and the Atmos is pretty slick. And for those not rigged up for Atmos or Auro 3D, there are legacy audio tracks as well.

Here are the new Mediabooks: 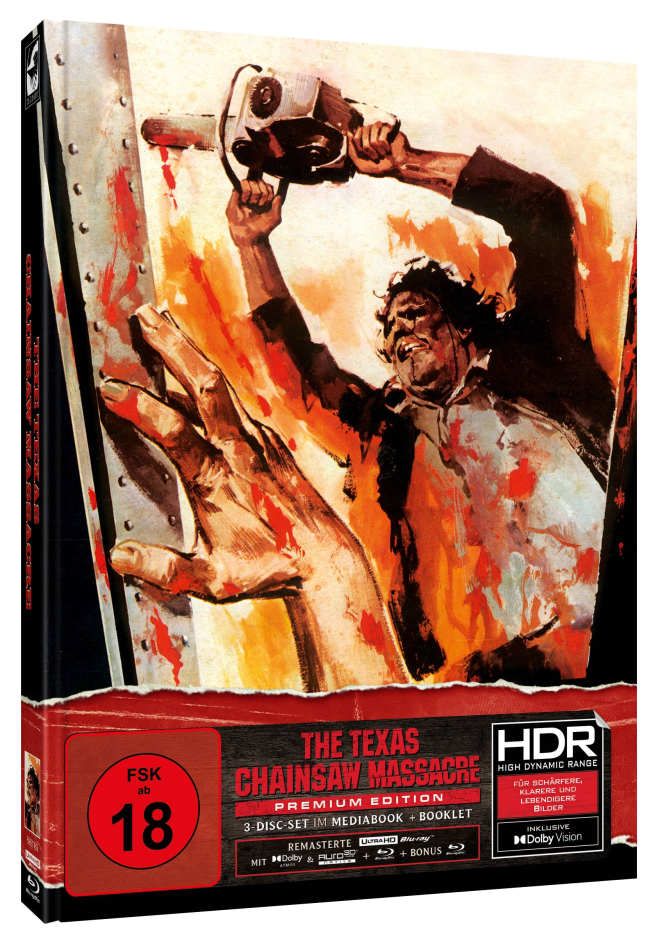 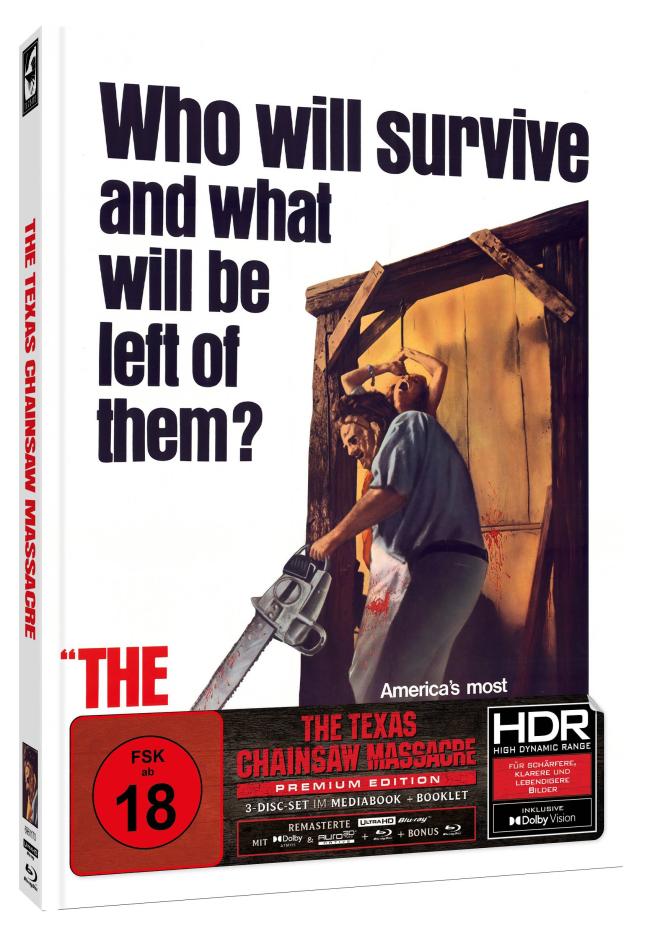 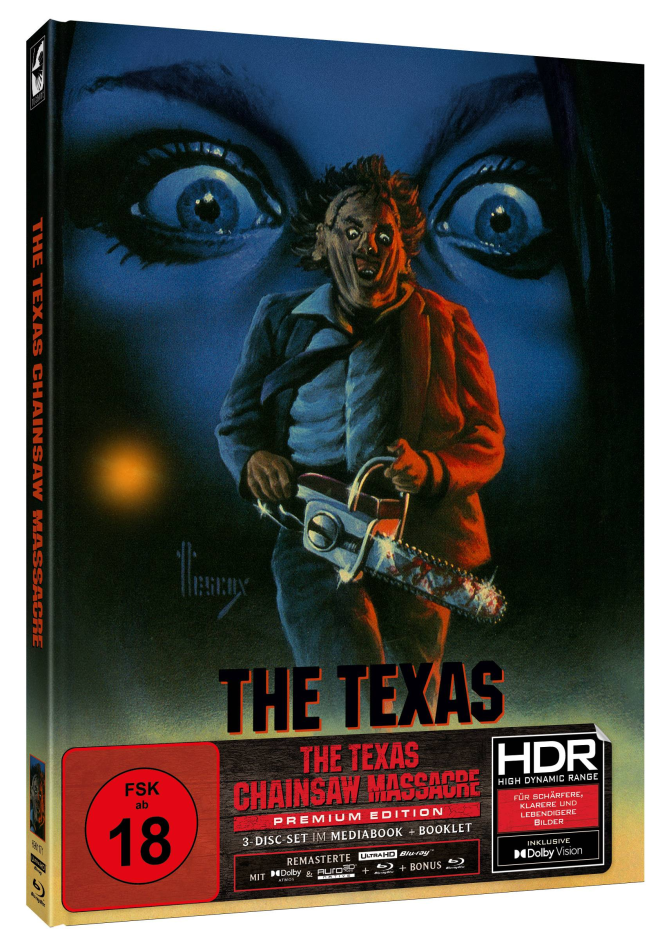 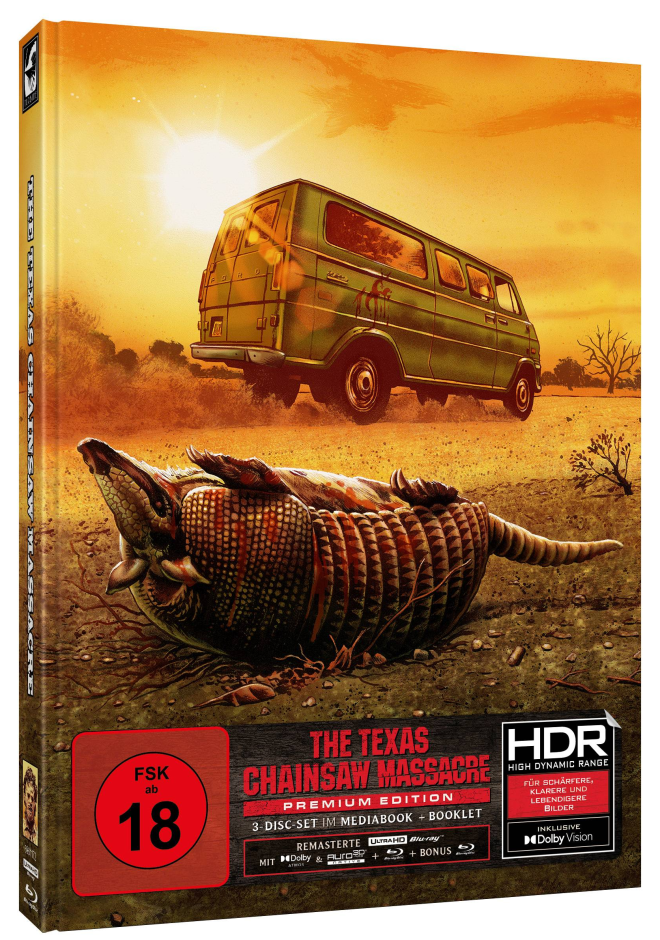 If fancy packaging isn't your thing, a standard release is also available: 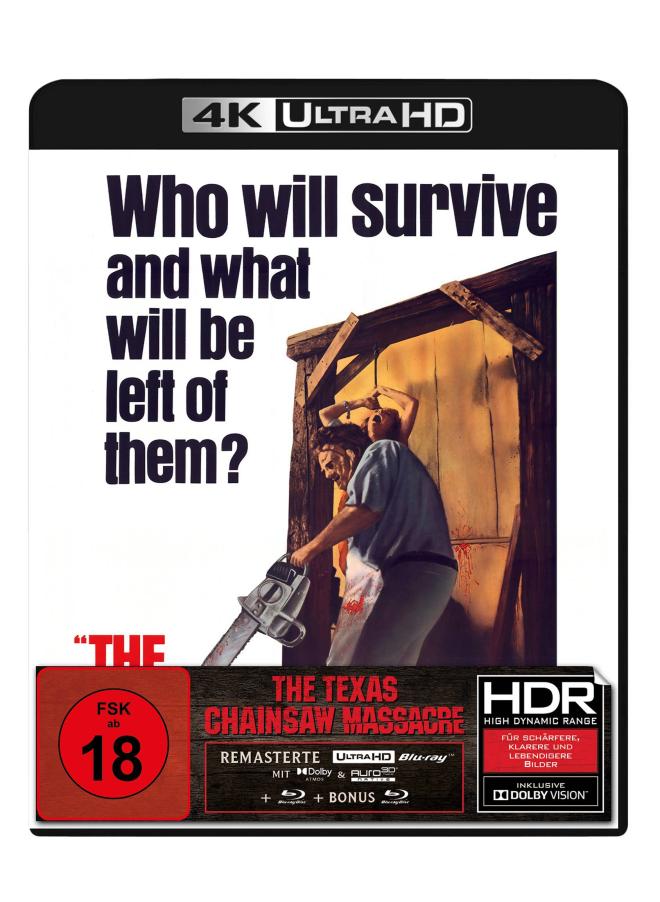 Here's all the gory details of each set:

In 1974, writer, director and producer Tobe Hooper unleashed his dark vision upon mankind - a story about five young friends whose innocent journey to... turns into a nightmare on a summer afternoon. The film was labeled perverse and glorified violence, was banned in many countries and, at the time, was only recognized by the bravest critics as the film that redefined horror. The Texas Bloody Judgment divided, shocked and stunned audiences around the world, set a benchmark in its genre, set a new course and made Leatherface a horror icon

Bonus material:
+ 64-page booklet by Tobias Hohmann about the history of the creation and the franchise
+ four audio comments by cast, director, cameraman , editor and sound engineer
+ Documentaries and interviews The chainsaw business: From grandfather's sewing box, The chainsaw cut, The hallowed ground of horror
+ Documentaries: TCM - A Family Portrait - The Shocking - Truth, Flesh Wounds and Off the Hook
+ A tour of the TCM house with Gunnar Hansen
+ Removed Scenes and Outtakes
+ The Shocking Truth Outtakes
+ 40th Anniversary Trailer, Cinema Trailer (USA, D), US TV & Radio Spots

The bonus material has optional German subtitles and is partly in SD.