Stars Arnold Schwarzenegger, Emilia Clarke, Jason Clarke, and Jai Courtney were on hand to walk the red carpet and celebrate. I personally never saw any of them. But I was sitting a few rows in front of Sylvester Stallone, who likely caught me stealing a selfie with him, and directly behind Robert Rodriguez. My Geekdar was pinging pretty hard. 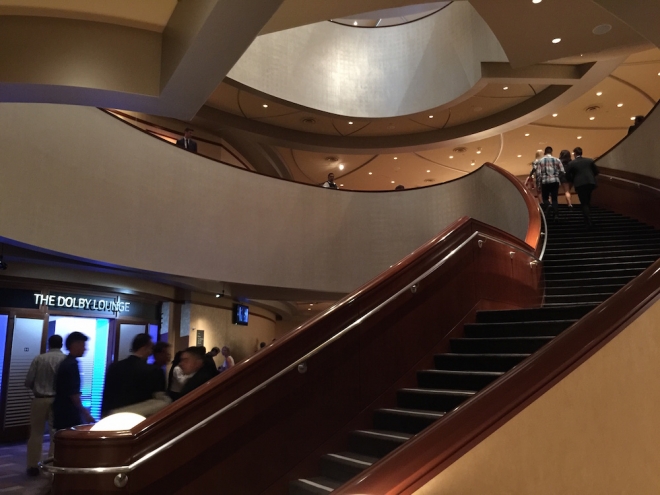 I'll leave the full review to our in-house theatrical critic, but I have to say I really enjoyed this fifth entry into the 'Terminator' franchise. Sure, the bar is set enormously high, but if you keep an open mind and even expectations, there's a lot of fun to be had.

'Terminator Genisys' plays as equal parts sequel and reboot to the first two 'Terminator' films, taking place inside and around those timelines. It begins in the future, post Judgement Day, with Kyle Reese (Jai Courtney) and John Conner (Jason Clarke) leading the rebellion against Skynet and the machines. And even though they succeed in defeating Skynet, the machines manage to send a Terminator back in time to kill Conner's mother, Sarah (Emilia Clarke). For those keeping score, that's the original Terminator from the original 1984 flick. So, as we'd expect, John Conner taps Kyle Reese to also go back to 1984 to save Sarah Conner so John Conner can be born and lead the human rebellion to the machines. All sounds familiar, right? Right.

But, when Reese arrives in 1984, everything has already changed. There's an asian T-1000 liquid metal terminator waiting to kill him and Sarah Conner is no longer the every-woman waitress in need of saving. She's already morphed into a T2-esque badass warrior ready to stop Judgement Day. How? She's been living with another (good) Terminator (current age Arnold Schwarzenegger) since she was nine years old. She's grown up trusting, and even loving, her Terminator.

Sarah Conner, Kyle Reese, and the Terminator must now set out to destroy Skynet before it's ever been created. They've even built their own time machine. But since things have changed so much, Skynet no longer wakes in 1997, so the must travel to 2017 where the movie throws out one more epic twist. You've probably seen it in the trailers and TV spots, but I won't spoil it here. Suffice to say, the movie makes a bold choice with its new Antagonist Terminator character, one that I've been skeptical about, but overall works quite well. 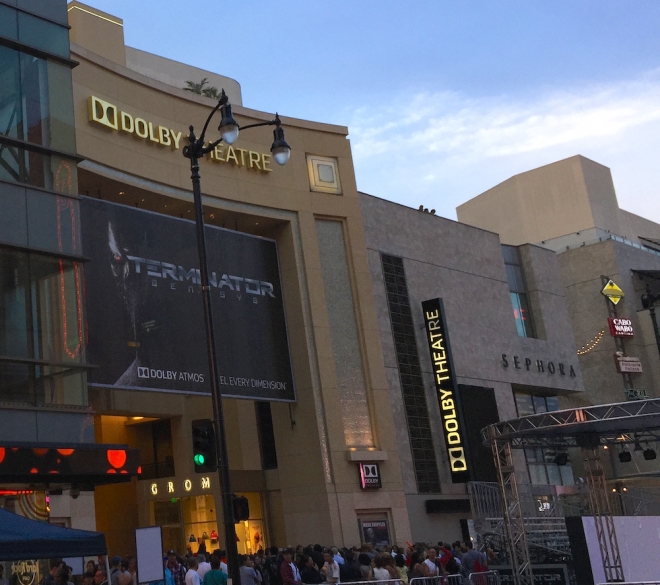 Aside from some wonky, weightless CGI set-pieces (oddly enough, the action isn't the film's strongest suit), this new 'Terminator' is a blast. There are unexpected twists, grounded character thematics, and lots of humor that doesn't undercut the tension. Arnold loves one-liners still, but the best character gags go to JK Simmons, who plays an older version of a young cop who has been waiting 30-plus years to find out the truth behind the crazy events back in 1984.

I would also argue that 'Genisys' takes a little while to settle into its new rhythms, and could use more moral complexity ala T2 as well as little more investigation to what our heroes goals ultimately needed to be (there's a little too much dream-help answers here), but the movie threads a fine line between remake and reboot. I would say if the 'Star Trek' reboot worked for you, 'Genisys' is equally successful. And, for the first time since Skydance took over the franchise, I'm intrigued to see where the filmmakers go next. 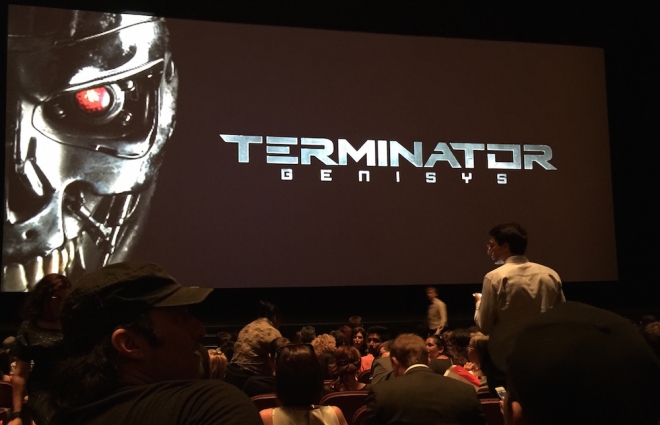 The Dolby Theatre is the home of the Academy Awards, not a traditional cinema, but man the folks at Dolby seem to have really figured out how to get maximum visual and audio out of this auditorium. While not Dolby Vision, we were treated to a dual-4K Dolby 3D projection system. The filmmakers were so exacting in their recreation of certain 1984 locations, sometimes it felt like they were using the original footage... even though there's no way it could look this good (also, the new film has a wider aspect ratio than the original).

The 3D was deep and clear. No signs of cross talk or other issues. It offered up that wonderful window-into-another-world sensation with deep black levels and almost no noise. Day time sequences were also colorful and bright, though this title could have used high dynamic range to help properly expose skies, which are sometimes blown out.

The only issues were some special effects shots that just felt weightless. Example: pay special attention to the Golden Gate Bridge set-piece. One gag involves Terminator-Arnold getting thrown under a bus where he rolls and crashes into a police car. It looks awful and fake. A moment later the bus itself flips over and cartwheels. This gag either involved a real bus, model bus, or the CGI work is perfect trickery. Who knows. I only wish, ala 'Mad Max Fury Road' more in-camera work had been completed; it really helps engage viewers.

Last week I had the opportunity to review 'The Gunman' on Blu-ray, which was a pretty good audio track, but never fully embraced Atmos' capabilities. 'Terminator Genisys', my friends, is what happens when you do Dolby Atmos right.

It's no surprise that 'Terminator Genisys' is bombastic and filled with all sorts of (nuclear-sized) explosions. But there's so much Dolby Atmos pinpoint specification on hand, it really makes all the environments feel lifelike. It's incredible to remember a soundtrack like this one couldn't exist only a couple short years ago.

I normally take notes to call out certain audio moments, but as it was a public screening, that wasn't an option. However, keep an ear out for the 2017 hospital sequence and the Golden Gate bridge set-piece. Both offer some really fun height-encoded objects like footsteps walking overhead. There's also an incredibly immersive helicopter chase.

If you're planning to see 'Terminator Genisys' in cinemas, definitely try to see it in an Atmos-equipped auditorium. And hopefully the home entertainment gods will encode this Blu-ray in Atmos as well. It's definitely demo material. 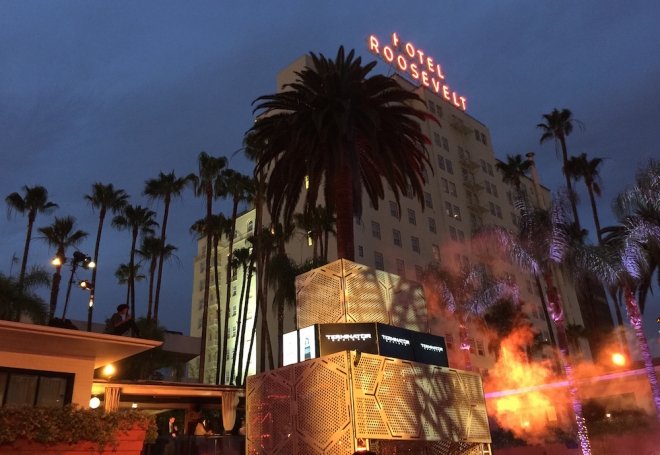 As soon as the credits rolled, the audience flooded out of the Dolby Theatre and across the street to the legendary Hollywood Roosevelt Hotel's Tropicana Bar. Guests were able to get their mugshots taken (it's a scene from the movie) and enjoy appetizers and an open bar. Strangely enough, there was even a 'Terminator Genisys' theme wall of donuts...because why not. It might not have matched, but the donuts themselves were tasty.

As the sun set over Hollywood, ushering in a sky of crimson and purple, I couldn't help but take a moment to feel so thankful to Dolby for including us. It was a fun and festive evening in support of a movie that but goes a long way to restore a popular franchise to its earlier roots.