Several cast additions have been revealed for the upcoming series.

"I’m really excited about the cast we're assembling alongside Bernthal as Frank Castle," said showrunner and Executive Producer Steve Lightfoot.  "I look forward to watching Ben, Ebon and Amber embody these characters and breathe vivid life into the story we are crafting for this season of 'Marvel's The Punisher.'"

Barnes is set to play Billy Russo, Frank Castle's best friend from his days in the Special Forces who now runs a successful private military corporation called "Anvil." Meanwhile, Ebon Moss-Bachrach will play Micro, a former NSA analyst whose secrets may be of great value to Frank Castle and everyone around them. In addition, Amber Rose Revah will star as Dinah Madani, a highly-trained sophisticated Homeland Security agent who is vexed by the Punisher. Finally, Deborah Ann Woll will be reprising the role of Karen Page from Marvel's 'Daredevil.' 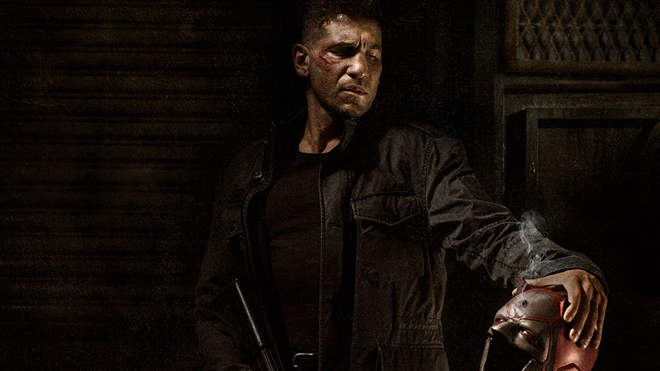 'The Punisher' is now the sixth Marvel Netflix series to be announced, joining current shows 'Daredevil,' 'Jessica Jones,' and 'Luke Cage,' and upcoming shows 'Iron Fist' and the team-up mini-series 'The Defenders.' Executive Producer Steve Lightfoot will serve as showrunner and is set to write the series' first two episodes. Marvel's 'The Punisher' is produced by Marvel Television in association with ABC Studios for Netflix. An exact release date has not been announced yet.

"We couldn’t be more thrilled about the remarkable talent joining Jon Bernthal in 'Marvel’s The Punisher.' Ebon, Ben and Amber are incredibly talented actors and we can’t wait to see them bring these characters to life,” said Jeph Loeb, Executive Producer and Marvel’s Head of Television.