DISH and Sling have officially launched their Sling TV platform nationwide. The internet TV service offers live and on-demand content from several major networks and stations, including the upcoming addition of AMC's lineup of channels.

"There has been a remarkable expression of consumer interest since we first announced Sling TV one month ago," said Roger Lynch, CEO of Sling TV. "We believe Sling TV is a game-changing service that enhances the existing television landscape. Now underserved audiences have access to the best of live TV at an affordable price." 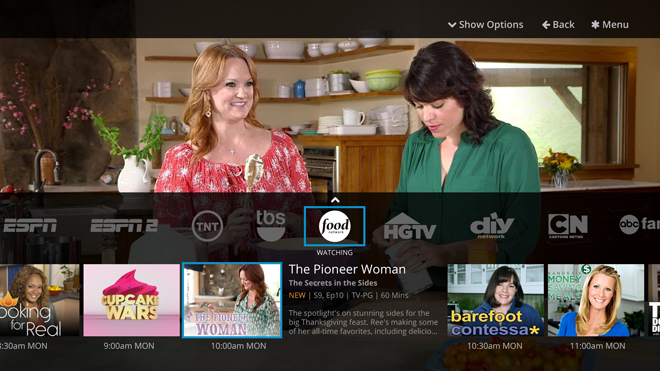 Sling TV is now available at Sling.com. New customers will receive a free 7-day trial. After that, the core package is $20 per month with no long-term commitment, annual cable contract, credit check or hardware installation. The service is currently available on Roku players, Roku TVs, PCs, Macs, and Android and iOS tablets and smartphones. Support for the Amazon Fire TV and Amazon Fire TV Stick will be available in the coming days, and support for more devices, including Google’s Nexus Player, select LG Smart TVs, select Samsung Smart TVs, and the Xbox One is expected in the coming months.